The New Age in Rage War

The New Age in Rage War

Steam Age is active now for Rage War. After you reached the end of 5th Era, you will be able to unlock new technologies and improvements.

The since tree is expanded with lots of new sciences, to help you unlock new buildings and progress your city through the new Era.

Continue your adventure with new levels of your main administrative building starting as “Palace of profit” and upgradable to “Industrial Palace” and finally “Ministry or progress”
There are also three new residential buildings - City dwelling, City House and City Mansion, that will produce even more workers.
Boosting your wealth production will be possible by building Tailor, Metallurgist and Cartographer buildings.
Satisfy the cultural needs of your society by building Sculpture studio, Printing House and University and a Gargoyle street decoration.
Expand the trading capabilities of your domain by producing a brand new goods. In this Era available to you will be the following buildings – Dyehouse, Tobacco warehouse, Gunpowder factory, Marble Factory, Bindery

Entering the new Era will allow you to continue your journey in searching the missing parts of the Time machine. Explorer a whole new island, fight or bribe its inhabitants and get one step closer to restore Deonardo’s contraption

Additional Features in the build.

We added a brand new option for improving your gameplay - Boosters! It is accessible from inventory menu. 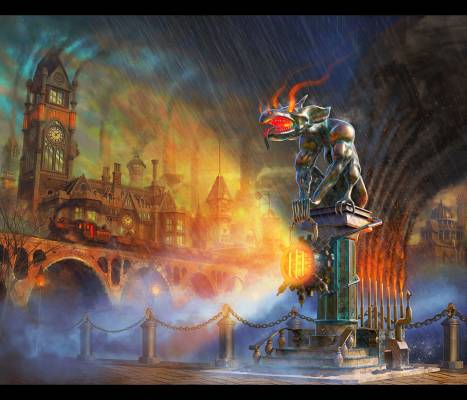