Update Arrives on Xbox One and PlayStation®4 May 13

Perfect World Entertainment and Cryptic Studios are excited to announce that the second episode of Neverwinter's three-episode Sharandar module, Episode 2: The Soul Keeper is now available on PC (Steam, Epic Games Store and Arc), and will launch on Xbox One and PlayStation®4 May 13. Episode 2: The Soul Keeper introduces a new evolution of the revamped mystical land of Sharandar -- originally introduced in Neverwinter’s first ever module, Fury of the Feywild -- and has adventurers travel to the Mended Grove to learn why the dead haunt the lands. This new episode brings exciting new features to New Sharandar, including new areas to explore in a re-imagined adventure zone, a menacing new hag, new quests, new heroic encounters, new rewards and much more.

In Episode 2: The Soul Keeper, the blight has receded in New Sharandar, yet a new dark cloud has descended upon the forest and crept into the Mended Grove. One by one, graves long silent have been exhumed, with Eladrin elves long passed walking again as undead. Joining these reanimated corpses are Iliyanbruen elves corrupted by the Night Hag known as Mathilda Soulstealer, an ancient fiendish being who drains the life from any living thing she touches. To rid the Mended Grove of the undead, Neverwinter adventurers must band together to assist the elves of New Sharandar in defeating the soul-stealing Night Hag. 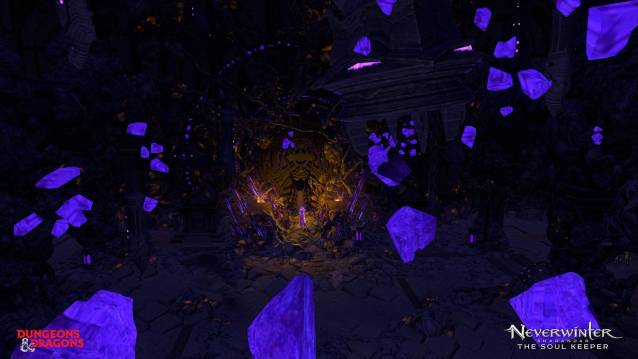 Across this new campaign, adventurers discover the Night Hag’s army haunts the Mended Grove. While exploring the vast grove, adventurers face some of the strongest of the Night Hag’s undead servants by taking on new bounties and challenging heroic encounters. The Waking Nightmares major heroic encounter tasks adventurers to strike down the powerful Keeper of Nightmares to free captured adventurers before they’re converted into undead. Adventurers strong enough to complete these deadly fights earn epic rewards from the Iliyanbruen elves of New Sharandar, including new companion gear and rings with new powers. 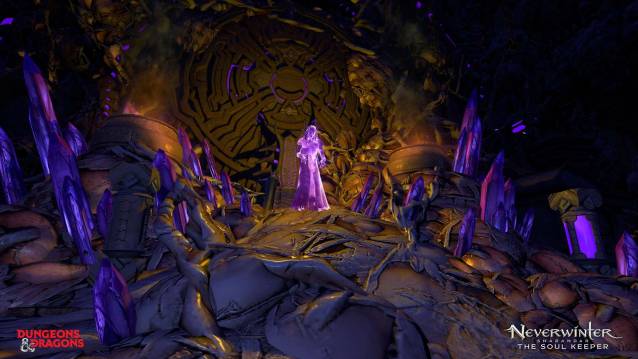 • The Mended Grove - Explore the new Mended Grove area of the Sharandar Adventure Zone, where undead servants haunt the living, summoned by a soul-stealing Night Hag.
• Night Hag Lair - The vile Night Hag has made a lair for herself in an ancient Illefarn crypt where she hoards her stolen souls. Undead guardians abound in this long-forgotten tomb!
• The Soul Keeper Campaign - Begin the second Sharandar campaign for new rewards, including new companion armor sets, along with new rings with brand-new powers new to Neverwinter.
• New Heroic Encounters - The new Mended Grove area has four new, challenging Heroic Encounters (one Major Heroic Encounter and three Minor Heroic Encounters). Upon successfully completing an encounter, adventurers are rewarded with Seals of the Wild, which can be traded for Crone's gear.
• New Bounties - As the threat of the hags grows, more of their foul champions are brought forth. The Iliyanbruen elves of New Sharandar reward those adventurers brave enough to defeat these threats and claim the bounties.

The final episode, Episode 3: The Odious Court will continue and conclude the evolution of Neverwinter: Sharandar. More details, including launch details and features, for the final episode will be revealed soon. 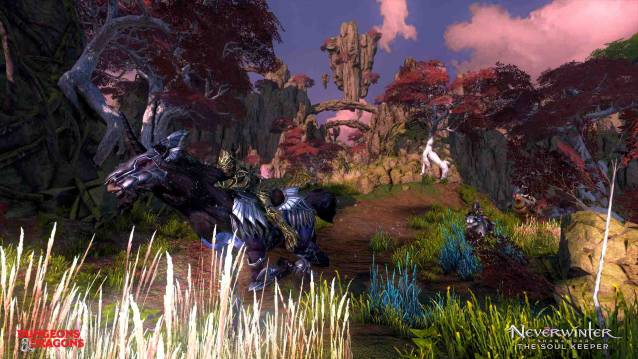 Neverwinter: Sharandar is a new three-episode module for Neverwinter that has adventurers explore New Sharandar, a completely revamped version of the Adventure Zone introduced in 2013 with the Fury of the Feywild module, where the peace brought upon by Malabog’s defeat has ended. An unsettling darkness creeps across the Feywild, as three wretched hags drawn to Sharandar have claimed its surrounding lands and gathered scattered bands of Malabog’s minions, as well as many other loutish creatures long ignored by the Fey Courts. Across the three episodes of Neverwinter: Sharandar, players need to face this ancient threat to bring peace back to Sharandar.

Neverwinter is a free-to-play action MMORPG featuring fast-paced combat and epic dungeons. Players explore the vast city of Neverwinter and its surrounding lands, learning the vivid history of the iconic city in the Forgotten Realms and battling its many enemies. Neverwinter is available on PC and is free to play digitally on Xbox One (with Xbox Live Gold*) and PlayStation®4 (PlayStation®Plus not required).