Neverwinter is the next "candidate" in our F2Pmeter. We wanted to test the free-to-play-ness of this widely-acclaimed action MMORPG set in the Dungeons & Dragons Forgotten Realms universe from Wizards of the Coast.

Remember that games start with a 100% of free-to-play-ness. And that percentage will vary depending on the answers to our questions. Let's get dirty!

Featuring fast-paced combat and epic dungeons, the game provides players with a classic role-playing experience as they explore the vast city of Neverwinter and its surroundings while also enabling them to create their own quests and campaigns with the powerful content creation tool of the Foundry.

No. Neverwinter has never been anything different than a free-to-play title, allowing players since its official launch in 2013 to create an account and play and explore the entire content for free.

No. As the game was originally launched with a free-to-play business model, there are no remains of a subscription feature whatsoever, not even an optional one.

No (questionable). ― -5%. As of now, all Modules released since launch have been made available for free. However, players may optionally purchase specific packs which include exclusive playable races, exclusive mounts and companions, and so on. That said, all major content included in Neverwinter’s expansions is accessible for free by each and everyone.

Yes. ― -5%. Neverwinter features an in-game shop that offers specific items for purchase with Zen, a premium currency only available with real-world money. Via the Zen Market, player are able to acquire vanity and convenience items that will enhance their overall gaming experience such as faster mounts, unique companions, outfits, and XP boosts, as well as additional features and services such as additional character or bank slots.

Yes. ― -15%. Most of the items available for paying players evidently only serve as time-servers and help to level up faster, BUT there are also item packs for purchase which enable purchasers to get an upwards of 20% stat increase on their crafted equipment. In addition to Enchantments, the strongest of which are pretty much unavailable without paying for items that guarantee a successful enchantment process, increased stat equipment provide paying players with an extremely unfair advantage in PvP.

No. There are no additional UI customisation options whatsoever that players could unlock by paying money.

No. ― -15%. Although Neverwinter grants free access to all the available classes, some of the races recently released with expansions are only accessible by those who purchased an additional pack with real-world money.

Yes. ― -10%. Characters are allowed to list up to 40 items at a time on the Auction House while a small few of 10% is collected from the seller for successful sales. Purchases must be paid for with Astral Diamonds, a rarer in-game currency earned from special activities such as special daily quests and skirmish events, or traded in for gems. It’s therefore likely that non-paying players can afford fewer purchases as their Astral Diamonds income is limited.

Yes. ― -10%. Characters are granted two free bags when reaching certain levels with 18 and 12 inventory slots each. As players are unable to craft bags, additional bags have to be purchased with Astral Diamonds. In its default version, the bank additionally offers 16 slots per character to store items. More bank space can be purchased through the Zen Market, which requires the premium currency available for real-world money.

Yes. In Neverwinter, players aren’t faced with any restrictions concerning dungeon entries or access to specific zones of the game world.

Yes – +10%. Despite the option of making purchases with real-world money, the game ultimately appears to be utterly fair and absolutely playable without being forced to take out your wallet. Those who choose to pay will no doubt have an easier in-game life with time-savers, convenience items and boosters; however, there do exists ways for non-paying users to acquire the premium currencies simply by playing, although it will admittedly take them quite some time to gather a useful amount. Only by paying incredibly huge sums, it’s seemingly possible to gain a direct advantage in PvP over non-paying users.

After being tested with our F2Pmeter, Neverwinter gets a 50% of free-to-playness. 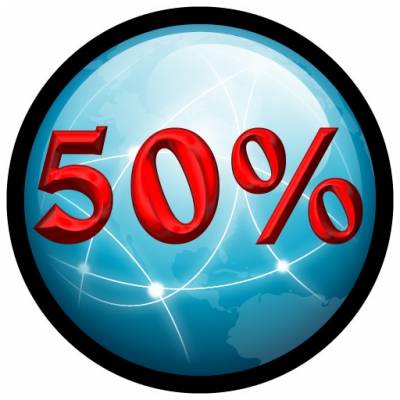