Wakfu is a popular MMORPG from Ankama, linked to an animated series with the same name, which was launched back in 2011 with a limited free-to-play option and a monthly subscription. The game has recently changed its business model switching to a more classic f2p formula, so we thought it was about time to give it a try.

Set 1000 years after Dofus, (the previous and still active MMORPG from Ankama), the game is a fantasy MMORPG with unique lore and environments, truly amazing 2D graphics and a turn based combat system which reminded us of Final Fantasy Tactics in some ways. 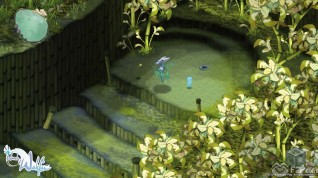 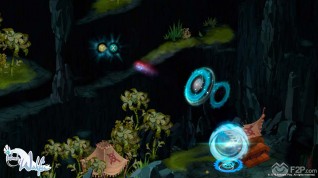 Once you are logged into the game, you can choose to play the tutorial or skip it and go straight into the actual game world. We chose to play the tutorial zone and were given a very basic and neutral race/class for the tutorial only, which was a very simple human. The tutorial teaches you the ropes of the game such as the point and click movement and the mechanics of the complex turn-based combat system, with elements, skills, etc. Moreover, during the tutorial we managed to find an hidden treasure chest which contained an emoticon animation for our character, so even this first small zone rewards players who enjoy esploration, very nice.

Once you complete the tutorial, you will be able to choose one of the 15 classes/races of the game, a variety that, despite the high number, manage to offer totally different gameplay styles, which can be even further customized through builds and equipment. Each class has its very own unique mechanics, such as becoming more powerful the less HP it has, or summoning combat pets, or having random skill effects based on luck. Moreover, each class is defined by 3 elements (from fire, water, air and earth) and offers 5 unlockable skills for each element. Skills are leveled up by using them and doing so you'll also unlock other skills from the same element branch.

After choosing our class, we started following a story driven quest chain about an evil cult called Cult of Ogrest, which also introduced us to some of the more complicated game features, such as the Haven Bag, a portable and totally customizable player house which can be placed almost anywhere in the world and used as personal market to sell stuff, or the dungeon mechanics. During our quests we stumbled into a lot of NPCs, stories and dialogues which were actually more interesting and funnier than usual, as the whole game is imbued with a humorous style that perfectly match the cartoonish graphics. The tasks were never the same "kill x enemies" over and over and we also had to use the turn based combat system to solve puzzles and minigames to kill plants with pesticides or to make a very unique kind of pizza. Quests and fights rewarded us with equipment pieces and decorations for our Haven Bag. There are also time limited public events that start here and there and ask you to kill x monsters, find x items or perform other actions. Once you complete the first introductary quest chain you will be free to explore the world, find quests, zones, fight monsters and find your way up to level 18, when you will be able to join one of the 4 available nations, each one with its territory, allies, enemies and laws (the game has a political system through which players from each nation can elect their governor). There is also a PvP system which involves nation wars.

In an era where MMOs are usually trying to be the more fast paced and action-ish as possible, Wakfu tries to stand out in the genre by offering a more tactical and strategic turn-based combat system, where players have to think carefully and plan each move; and it rocks. There are so many factors in play, such as skills, elements interactions, effects and unique mechanics that the combat quicky becomes very complex and interesting after the first levels. You will have a lot of fun trying to create your combos, exploiting your skills effects, your position and adapting your strategy to the situation that you will hardly get bored or find yourself just trading blows with your enemy. Things get even better when you start to fight in a party with other players, with even more complex strategies and classes/mechanics involved.

Furthermore, it's a pleasure to explore the well-crafted game maps to find the resources you require, hidden treasure chests and whatever you could need. Wakfu also features a very unique ecosystem, where monsters and plants are not fixed and won't constantly appear in the same place. Instead it's up to the player to find a good balance between being destructive (by just killing monsters and harvest plant/trees) and beneficial (by planting harvested seeds and monster essences so they can spawn again to grow and be harvested/killed again by any player) and keep the ecosystem healthy and alive.

Graphics are where Wakfu truly shines. It's almost impossible to not be charmed by the extraordinary and funny visuals and art direction of the game. Each element, from characters to maps and items is masterfully drawn and brought to life by beautiful and smooth animations. Environments and maps are always rich and full of items and animated elements that really help with immersion and to feel the game world alive. Probably some of the best 2D graphics we've ever see around. Good job Ankama.

Wakfu was already a very good MMORPG when it was p2p, and now it confirms itself as a truly AAA free-to-play title. Despite not being for everyone because of the turn-based combat and the 2D graphics, we highly suggest you to give it a try.