Marvel’s characters/IP has been completely ripped off, game play is repetitive, translation is awful

We took out a little time to check the browser based free to play RPG from Amzgame Tiny Mighty, a hero building MMO where players must put together their own squad of superheroes, equip them, train them up and battle through an ongoing story-arc battling minions and villains and using their team building strategy to defeat them.

Up front, to get this off my chest, I’m going to say that the game’s Heroes are complete rip-offs of Marvel, if I didn’t mention this straight away then it would just be the elephant in the room. I am traditionally trained as an illustrator myself, so to see popular works of a loved franchise being used in this way is in all honesty quite appalling. In the game we see a lot of popular Marvel characters that have been rehashed, the illustrative style of the characters is that they are small and fat, but they are without a doubt the same characters, and in all honesty we actually do really like the look of them… it’s just not very professional. To try and avoid any more obvious legal ramifications the Heroes have had their names changed, in some case barely, and in nearly all cases still close enough to associate to the original Hero. We have a blue version of The Hulk “The Hunk”, Winter Soldier “Winter Warrior”, Blade “Sword”, a collection of the Guardians of the Galaxy with Starlord “Starry”, Rocket Racoon “Rabid Racoon” and Groot “Grout”… “Maroon Witch”, “Dr Octopi”, “Magnet Man”, “Human Fire”, “Thorn”.. the list goes on. It’s so blatant that it becomes laughable. 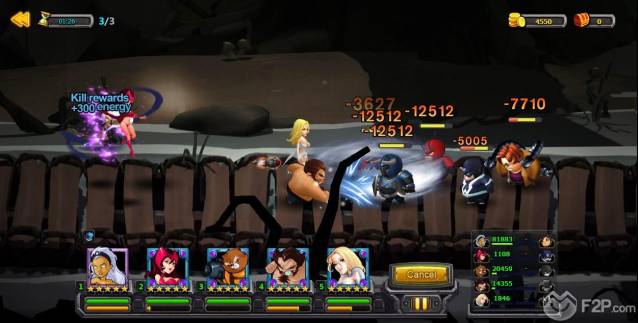 As far as the game goes, well what we’re looking at is a team building MMO, you gather heroes, build them up, unlock skills and fight battles, all wrapped up in a story-driven RPG narrative. The story itself is pretty weak, but even worse is the English translation which, again, is so bad that it becomes funny. One of our favourite moments so far came from an interaction between ourselves and “Jennie Grey” (most definitely not Jean Grey) about the absence of any bad guy activity, who then responded with a rather unexpected “Shit... too quite. Make me anxiety!” (just to clarify that the “quite” isn’t our typo). The fact that Jean Grey, who the character is obviously based on, would never use profanity so frivolously (you would expect this more from Deadpool or Wolverine….. sorry…. “Red Fury” or “Wolfie”) just how badly that one line is messed up is pretty much carried out through the entirety of the game. To clarify this isn’t me poking fun at someone using English badly, I don’t speak any other languages particularly fluently, but I’m not the one publishing a game for a foreign audience, but it just highlights how quickly the game is thrown out. 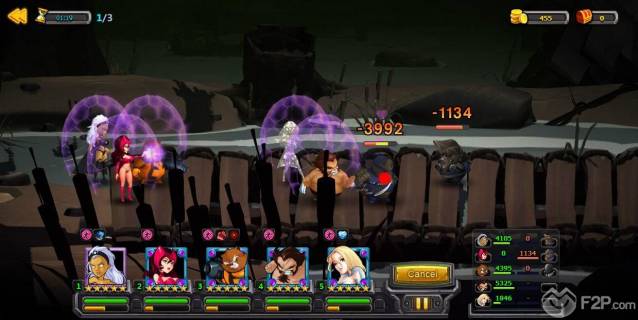 So back to combat. Well the quest content, pushed forward by the narrative, takes us into new areas that are broken up into around a dozen stages, each of the stages comes down to three fights that culminate in a battle against other heroes. When you defeat them you get XP, Gold and the chance to earn Blitz tokens and a specific equipment item for that particular stage, aside from that each stage feels exactly the same except the backgrounds are cycled a little and the minions change from time to time. The equipment is the most important part as it is given to your Heroes, each who need six specific items, and when they are acquired you can upgrade the Hero to increase their Division, which is pretty much their rarity, from Grey to Green, Blue then Purple. Each time a Hero advances into a new division their equipment is absorbed and they need six new, and more difficult to find, items but they also unlock a new more powerful skill and will use it over the previous skill, the individual skill itself can be upgraded by spending Gold. The biggest issue is that a lot of characters require the same item, which you need to complete a specific stage for, so you are constantly fighting on the same stage, there’s quests that send you back through previous stages, and a lot of the time you will hit a wall where one of the stages is so difficult to beat you are forced to go over old stages anyway. As a way to get around forcing players into this tedious merry-go-round adventure playing the same level you can use the “Blitz” feature, spending tokens, to auto-complete the level just so you can get the item. However, to use Blitz token you need to have first completed a level and gotten 3 stars on it (by performing well) and also have a certain VIP level, which means spending diamonds, which typically means buying Diamonds with real money… so the game is made deliberately boring and hard to play unless you pay cash to get around it. 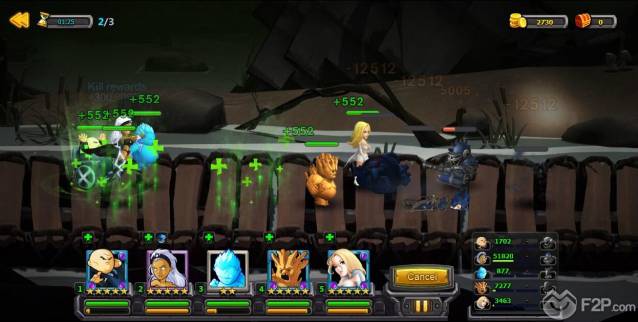 Combat itself is very automated (and an option to actually make it completely automated) where your Heroes will simply auto-attack enemies when they walk onto the screen, beating them up and building up power with each attack until the player can unleash their main Skill (or the AI will do it if they are on auto mode). There’s pretty much no skill to the battles, the strategy comes in the form of choosing the right Hero for the battle, but rarely does this matter early game and only later does team composition and formation really come into place. Most of the time you’ll find yourself fighting skeletons, not that they are an enemy, they’re a placeholder for graphics that don’t load due to the bad performance of the game.

Overall there is very little that is redeemable about the game, but if you like these kinds of games then I suppose it will be right up your street (it’s a successful game already so someone clearly likes it). It doesn’t surprise us that they ripped off Marvel’s characters as without it then there’s very little to the game that I think would appeal to players, at least there’s definitely nothing new in comparison to the hundreds of other Asian import team building RPGs out there. 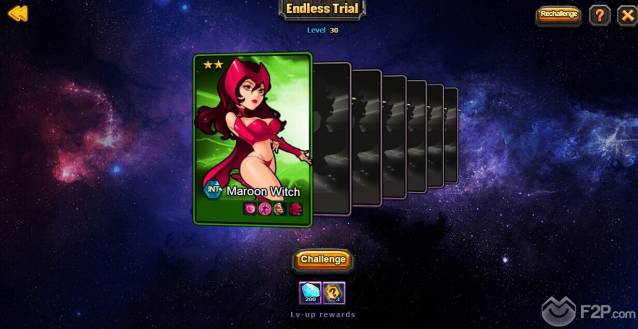