Ahoy, mateys! Today we woke up with a sudden craving for salt water and sea breeze in our hair, so we decided to put on our eyepatch, our wooden leg and jumped into Pirate Storm to live the life of a true seadog; or at least, that what's we were expecting to do. 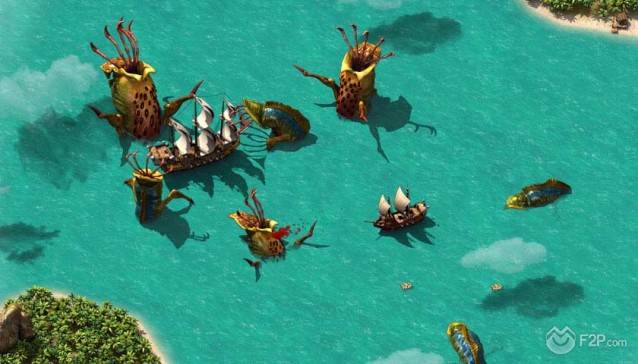 Pirate Storm is a pirate themed 2D browser MMO game published by Bigpoint and launched last year, which promises to let you feel like a true captain and adventure across the seas in order to face sea monsters, other enemy pirates and gain treasures and glory. But is this fun as it sounds? Well, let's find it out together!

Being a browser game, Pirate Storm is highly accessible and, thanks to the Facebook connectivity, you will be able to register and play with just a bunch of clicks. Once in the game you will be guided through the UI and the basics of the game by a quick tutorial which will help you to get used to the controls and cover almost every important element of the game. However the controls are extremely simple, and the whole game can be played with the simple click of your left mouse button; you click on a certain point to move your ship there, you click on an enemy to attack him, and you click on a harbor to dock your ship. You can pick up items just by moving your ship next to them, and it is also possible to zoom in and out to have a better view of the current map. Pretty easy and straightforward, right?

On the left side of your screen you have a menu where you can find all the tabs that you need: inventory, merchant, auction house, PvP modes, game store and so on. The game takes place in different squared maps where you can find more or less islands scattered around, wandering monsters and other players as well. One of the first things that we noticed was the very lively chat, bursting with people. We weren't expecting to find such a high number of players sailing around even in the low level maps so, apparently, despite being a rather simple browser game, Pirate Storm is supported by a remarkably big and active community of enthusiastic players. 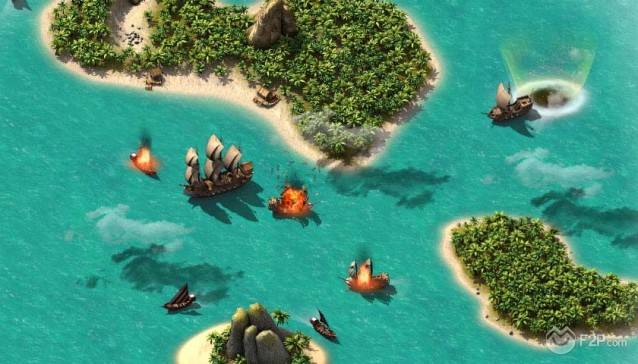 It's time to tell you something about the game's graphics, and sadly here is where the ship starts to sink... The game offers very simple 2D graphics, which are not able to shine either in ships and monsters or in environments and map design; for both of them the level of details is extremely low and uninspired, with just a couple of simple sprites for every model. The environments are really disappointing as well. In our play session we managed to see 3 different zones and they were almost identical, with the same sea texture patterns and some islands scattered around. The only thing that changed was the position of the local harbor and islands but, still, the islands' style was exactly the same; no deserts, volcanoes, populated islands or anything like that. Pretty boring.

The sounds are another element that certainly doesn't make the game to stand out. The "music" is basically the constant and repetitive sound of the sea, which maybe someone could find relaxing, but probably a lot more would just find it annoying in the long run. The combat sounds are a mash of low-quality repetitive noises which will be reiterated over and over for every fight, and fights are basically the only thing you can do in this game. 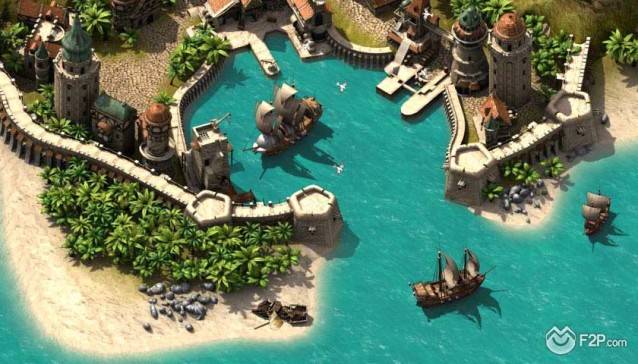 As we've told you before, basically in the game you will explore the different maps killing mobs here and there, playing PvP matches, upgrading your ship or buying new ones and trading with other players. The maps are small and all extremely similar, each of them containing about three different types of enemies and a Harbor, which is where you can find NPCs that give you the quests, let you upgrade your ships, enter the auction house, etc. Actually, you can do all these things even while sailing through the menu on the left side of your screen, so we didn't really get the real purpose of the Harbor, if there is one.

Pirate Storm also features quests, which should help you to break the monotony of simple old school mob grinding and give you some nice XP. We wrote "should", because the quests in the game are just "kill x of this mobs" and that's all; and with only 3 types of mobs for each map, you can easily see how repetitive and boring it can get when the only tasks you have to complete are "kill 8 crabs" "kill 8 pirates", "kill 10 buccaneers", "kill 10 crabs, 10 pirates and 10 buccaneers" and so on.

You can buy new ships or upgrade the existing ones, equip them with new cannons or harpoon launchers, and load them with different ammo types; sadly for what we were able to see, it's a pretty simple progression system with the same path for everyone that doesn't let you have so much freedom in customizing your ships.

The combat system is pretty dull as well. You can click on a monster or a ship and when the targeted enemy is in range you will automatically keep attacking it with the appropriate ammo type. The only interesting thing that makes this system a little more "action-ish" is the fact that you can move while firing, kiting your enemy or chasing it when he attempts to run away. Killing enemies will grant you XP, and occasionally money or loot dropped by enemies.

We also tried a PvP match, which was an extremely chaotic, laggy zerg of groups of ships where the low-level players where just pulverized without having the chance to do anything. 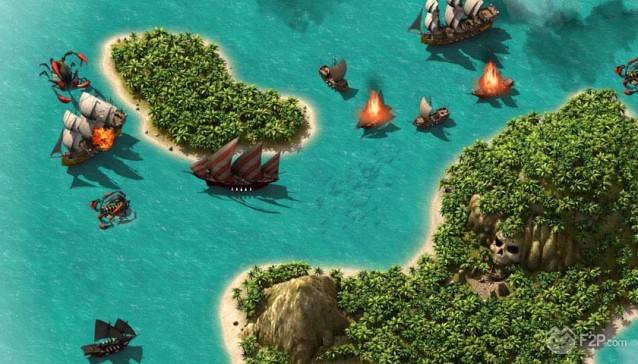 Pirate Storm is a game that looks and feels way older than it actually is. Graphics, sounds and gameplay are below average, and with a lot of extremely valid browser-based titles around these days, being a browser game is not an excuse anymore. Actually, we can't understand how this game can be so alive when a title such as Kartuga was shut down almost immediately. Anyway, Pirate Storm is still here and still healthy, but we would suggest it only to die-hard pirates fans which don't mind a lot of old school mob grinding and a poor general production.