Recently we got to play the Closed Beta of Twin Saga, a free to play MMORPG developed by X-Legend (Aura Kingdom, Grand Fantasia, Dragomon Hunter) and published by Aeria Games. The title is a familiar fantasy based anime game, as the developers are well known for, and in it players get to play their own character, plough through quest content, level up to become more powerful and unlock new features.

Jumping in and creating our character we had a few customization options and the choice of three classes; Swordmaster, Gunslinger or Mage, with a fourth Dragon Knight that is currently unavailable until after open beta launch (the class already exists in the Taiwanese release of the game known as Astral Realm). Interestingly you get to switch between all three of these classes, as well as the other six classes that you unlock as you level up after completing the relevant class quest. If this all seems a little familiar then you’ve probably played Eden Eternal (also developed by X Legend).

Creating our Mage we jumped into the game and set to work; WASD controls and an awkward secondary left mouse click to move (often clicking through our GUI windows and accidentally moving) we got to check out the world. One thing we will say is that the graphics, whilst not at the top end by any means, are really, really well done, from the colour pallet, level design and attention to detail it felt like a game that has been painstakingly (or lovingly) pieced together bit by bit instead of huge bare areas dumped down. Every area feels completely new, at least for the first twenty one levels that we played, and more than once we were quietly impressed with how the game looked. 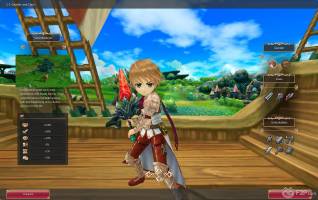 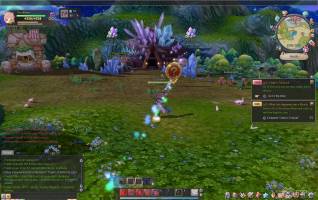 When it comes to attention to detail then we have to give the game another big thumbs up with the narrative/story elements, not just for the accuracy of their English (given that this is a Taiwanese import and historically Asian imports into English are awful), but the level of it as some of the language used is quite impressive. Furthermore the amount of talking NPCs do and the amount of story is.. well.. staggering. What we’re used to with Asian MMORPGs is a quick single line of text and then onto the next quest, Twin Saga goes into detail with pages of dialogue and making this a considerably more detailed RPG than we’re used to getting. If you don’t like reading, or prefer to burn through quests, then you’ll be doing a lot of clicking to skip through the pages and pages of dialogue and whilst most of the time the story is interesting it can get a bit too much and could really do with a more RPG contextual dialogue where you can ask questions to find out more if you want to, or simply grab the quest and go.

It didn’t take long from running around to notice the very strong similarities between Twin Saga and a lot of X-Legend’s other developed games, re-use of assets in places, mechanics and features, and just general gameplay all felt a little too familiar as though we’re playing a hybrid of everything that came before it.

Combat consists of tab targeting and casting from your 1-5 keys your measly five abilities, though at level 21 we’d only unlocked four of our skills, albeit had other accessible skills on the other classes, but that’s not quite the same. As you use skills you build up your Ultimate gauge and when it is at max then you unleash it for some pretty high damage. As a mage we were running around and trying to flank and fire at our enemies, once you attack a target you constantly auto-attack even if you aren’t facing the enemy and are running in circles, but pretty soon we realised we were strong enough to just sit there and tank whilst spamming our abilities. We only died once and that was in an instanced dungeon where we ran through the dungeon to the end boss, bringing a train of enemies (including a sub boss) figuring we could just out manoeuvre them all. Unfortunately reaching the boss triggered a pretty long cut scene and all the enemies kept heading towards us during it, so when the cinematic was over we found ourselves in the middle of about 30 enemies, a sub boss and a dungeon boss! We didn’t last long. 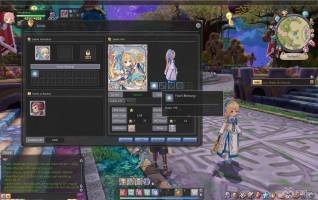 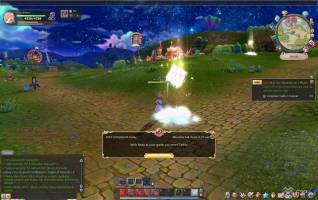 We got the chance to upgrade our class each time we levelled it up (having a different class level to your character level), earning a point to put into a Specialization talent tree; two trees with only a handful of options to choose between didn’t make for the most robust customization, especially when some talents forced you to spend a set amount of points in a particular tree before unlocking them and so you are very much focused to spend points a certain way.

The game, from our time playing it (which was a good few hours), is honestly just a linear grind. You are pretty much always on the main story quest chain, once in a while you may come across a second quest to pick up, but generally it is pick up a quest, complete it, pick up the next quest, in an extremely undeviating experience. Similarly picking up new classes or unlocking new features all happens at the same level for every player; there is zero replayability as you get the chance to switch classes already so you would never need more than one character. Added to this is the typical hyperlinked quests auto-pathing/auto-collecting to everything there’s no need to explore or try and think in the game, it’s all handed to you on a plate.

Whilst the game looks incredible and shares a level of depth with the story and dialogue, this depth is lost in practically every other element of the game from questing, combat, crafting and exploration. The game not only feels like it’s using mechanics and a strict themepark style gameplay seen in games released a decade ago, it includes the same classically arduous rote of starting out feeling like you’re an epic hero facing huge bad guys in the prologue…. and then being asked to kill wolves and fetch pumpkins from a pumpkin patch. No thanks. 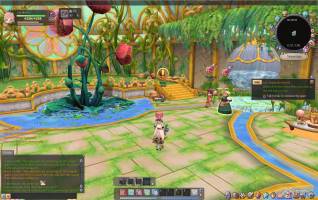 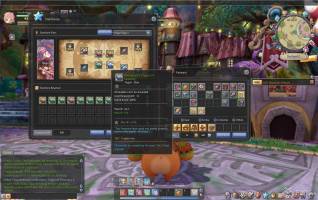 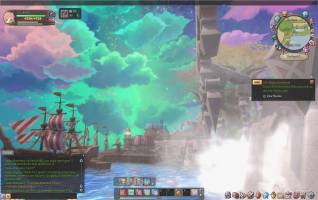