First Impressions on Weapons of Mythology

First Impressions on Weapons of Mythology

Recently we got the chance to check out IDC/Games’ newest MMORPG, Weapons of Mythology: New Age, seemingly a follow on from the Indonesian released Weapons of Mythology that was shut down in April this year. The game is a foray into an Asian style fantasy where you find yourself hunting down the Relic to stop the hordes of evil from the Underworld. Currently in closed beta the game allows for most of the staple MMORPG features including five Clans (classes), dungeons, pets, mounts, gear and upgrades, but primarily revolves around a quest PVE orientated gameplay (we actually have no idea if PVP even exists in this game due to the lack of information from the publishers/inactive forums, and after 3 hours and 18 levels of playing were still none the wiser).

Developed with the 3D Unity engine the game is presumably using the same graphics as its predecessor as they already look a few years old (and even a few years ago we don’t think they would have been the best); sharp corners and edges, muddy textures, all covered over with a generous portion of bloom that creates an ambient glow to the scenery. It’s far from the worst and is passable for an older game, not necessarily for something in closed beta (albeit this could easily just be a western closed beta), but by far the worst element is the sound and music. The music, whilst well composed, is often short music tracks on loops and so spending any meaningful amount of time in the same area starts to become mildly irritating as the same music score plays over and over and over, but whilst the constant music is bad the absence of sound effects in the game is even worse and this comes primarily in the form of lack of noise from enemy attacks as well as no ambient footsteps when walking, running or riding your mount.. which just sounds really odd. 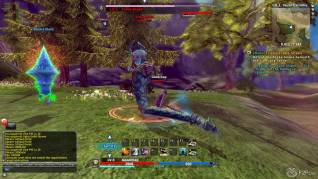 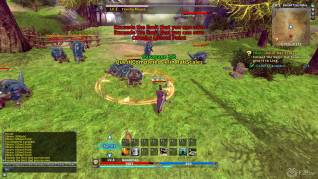 Our 18 levels of play was essentially one long PVE focused quest chain, which also took us into two instanced “dungeon”-esq areas, the questing is mindless in more ways than one. Firstly it is a single linear story-arc, you pick up one quest, complete it and then grab the next one in the chain, so there was never (at least in our new player experience) the chance to go do other tasks. Secondly the quests themselves required no exploration whatsoever, most of the time the objective was within a stone’s throw of the quest giver (even one of the quests where we had to go and find a “lost” woodcutter, who was literally within eyesight of the NPC giving us the quest, who must have some seriously bad cataracts), emphasized with invisible walled off areas so you couldn’t really look around areas, or the auto-pathing directly from your quest tracker to take you where you needed to go. Once arriving at your quest it was typically the same generic “kill X number of enemies”, usually you would pick this quest up right in front of these enemies, then hand it in at the other side of them to another NPC, who would give you a new quest in the chain to kill X number of the next enemies you’re about to walk into. Zero effort when it comes to quest design.

This linear style of gameplay wasn’t restricted just to the questing and was also prevalent in the character advancement, particularly unlocking new skills, with each locked behind a set level pre-requisite so you would unlock them in order. You could also upgrade skills you had unlocked, but again this required you to hit a set level for each upgrade, so the skills you unlock and the order in which they improved is the same for everyone and offers zero customization. The only small amount of customization that we could find, which we did actually think was quite cool and isn’t that typical in an MMORPG, was that weapons themselves allowed for new skills; depending on whether we had a sword, spear or axe equipped each came with its own skills that we would have to equip to the hot key bar, with various tabs to switch between skill templates depending on which weapon we currently had equipped, allowing us to use them in combat. 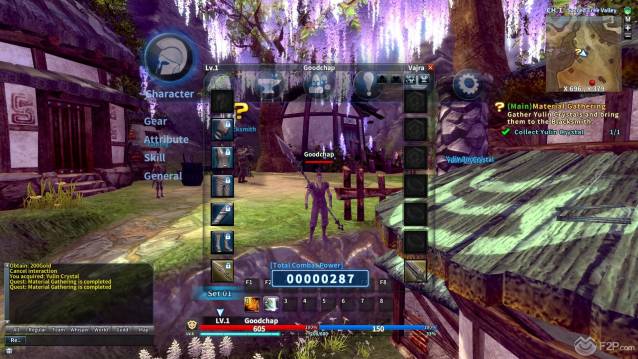 The combat, for a PVE centric game, was mediocre at best. It had no challenge and was fairly mindless, allowing us to stand in the middle of a dozen enemies (albeit we were the tanky class/Clan) and not worry too much about our health or mana as we spammed our attacks and tab-targeted to the next enemy. The “boss” battles and those big enemies we found in the instanced based encounters provided a little more interest as they used telegraph attacks, indicating on the ground the area they were going to perform a special attack in, the area would slowly light up like a gauge and when filled would unleash the attack, giving us a brief amount of time to try and get out of the way.

Our biggest problem with the bosses was that beyond this they were fairly boring and even frustrating to fight; two of the main bosses we fought (a giant squirrel thing and a Water God) were just a big punch bag of hitpoints and by the time we’d burned through all our mana and got them to 50% health it was then a five minute long slog using standard auto-attacks as our mana wouldn’t replenish automatically and the only consumables we’d been provided with could only be used outside of combat (which was pointless as we also had a meditation skill to let us quickly replenish both health and mana…) So tedious and easy were these battles that we’d just go AFK for 5 minutes and let our character slowly auto-attack the enemy to death, not even trying to dodge its big telegraph attacks.

Weapon of Mythology: New Age, in reality, is a bit too generic with nothing really new added to the game that we haven’t seen done a million times, and done better in some cases. The lacklustre questing, linear progression and arduous combat did not make for an enticing game that made us want to keep playing, the story wasn’t compelling and the quests were relatively dull. For a mindless Asian grinder then if that’s your taste then the graphics aren’t too bad, the combat is at least functional and it’s simple enough to not tax the brain too much. 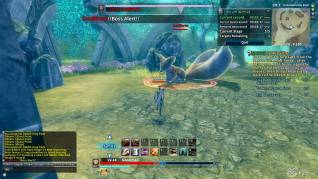 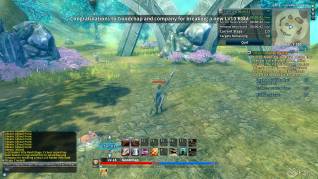 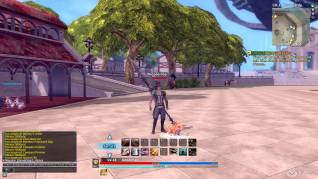 First Look at Weapons of Mythology