Very much the same game as previous titles, a lot of gold seemingly gives too much of an early game advantage

Bytro Labs (Supremacy 1914, Call of War) have just put their newest browser based strategy game, New World Empires, into closed beta. Gearing up for an open beta/soft release very soon, we got the chance to check out the game to see what was on offer. With an account provided by the developers stacked with 200,000 gold (premium currency worth around $50) we jumped into Europe at the turn of the 19th Century for some strategic empire building goodness.

By chance (presumably) we were randomly assigned our home country of England, taken through a fairly brief tutorial showing you the key principles of taking over a settlement (in this case it was Newcastle); making an attack with our troops, assigning a governor, constructing buildings and researching some new technologies, all fairly simple yet important features.

From here we were pretty much thrown out on our own to work out how everything else worked, in fairness it’s not that difficult to work out how the various mechanics and systems work, the game has a fairly familiar setup for the genre where we collect resources, build up cities, raise an army and try to expand. Furthermore the game is very much following in the footsteps of Supremacy and Call of War with near identical gameplay, features and style, only hosting the game in a different era; anyone who has played either of these games will find themselves extremely familiar with New World Empires and so we weren’t as overwhelmed as we were when we first played the other two. The game is still under development and so things may change, though the game is so similar to its predecessors we imagine there’s very little in the closed beta that won’t be in the final version. 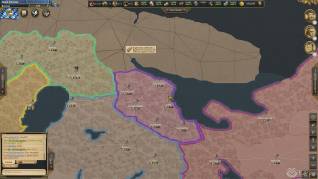 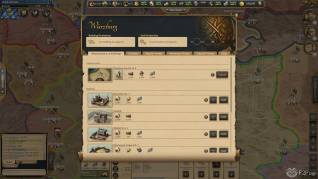 The simple graphics are still in place though Empires has received a slight UI facelift to tie in the theme and appear a little more updated, the world map and other elements still look near enough the same but Bytro clearly have a style that works for them. The objective is still the same where players must occupy provinces by conquering their respective towns or cities and earning Victory Points, at the end of the game (that we believe lasts around 60 days) whoever has the most points wins. The biggest noticeable difference here is that every single province/settlement had Victory Points available, which the previous game lacked, with the capital cities offering a huge amount (but giving extra value to all the other locations).

Building up your Empire is about managing resources, which requires acquiring new provinces and improving them with various structures, which in turn requires new technologies. The tech/research system still plays out the same, this time with over 150 techs available to unlock, the developers have stuck with the same tiered levels of research. What this means is that as a certain number of real world days pass from the launch of the new game/world then tier 2 techs can then be researched, a few more days and tier 3 unlocks, the idea being that players are unable to simply rush to an endgame tech and try to imbalance the campaign. 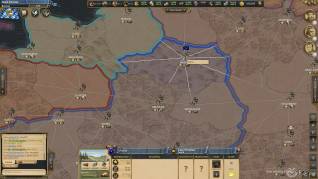 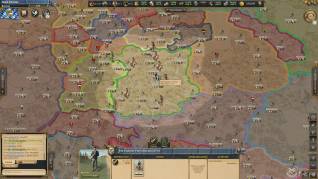 Planning things out days and weeks in advance is still one of the principle elements of the game, it is extremely slow paced which makes giving it the full review it deserves quite difficult; it takes hours to move troops anywhere, hours to research new technologies, even days to move troops around the map depending on how far you want them to go. The result is that to get a true insight into the game you actually have to actively play the game, this is difficult as a reviewer but it can also be quite off putting for a new player. You don’t get the initial fix of PVP or strategy, you start with doing a lot of province upgrading and having to wait days before anything worthwhile really happens; that’s a big ask for new players unfamiliar with the game or genre to not expect them to get bored or put off straight away. The game isn’t for everyone, but it was never intended to be.

With the 200,000 gold we had at hand it was very easy for us to rush out a few early techs, build a mass of early units and then march our army into the nearest rival nations territory, in this case Scotland that was actually being run by another player (the AI control all nations from the beginning of the game and new players take over them when they join). It wouldn’t have taught us anything more about the game as we’d still have to wait hours to see the fruits of our “labour” (and by labour we mean spending premium currency) and the result would be making the game really hard for a player who might actually be interested in playing the game; so we opted out of being a personal pain in the ass to Scotland. We still think that whilst you can live without gold it definitely adds a distinct advantage, however players can earn it in game by completing various out of game tasks such as signing up to websites, taking surveys, or playing other games, all of which will give you an allotment of gold to give a little extra to your nation. 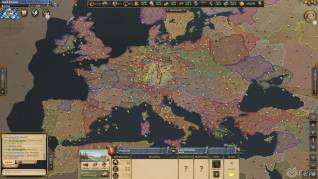 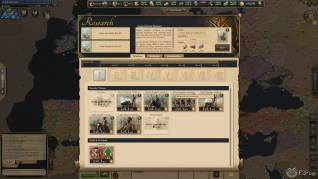 So we’ve highlighted a lot of the key things in the game that were the same, so is there anything really different? Well given the setting falls in with the European colonialism then as you would expect seeking out new land plays a rather large part in the game; whilst you can fight with your rival nations across Europe so to can you send out explorers in search of new land and settle these lands with colonists and potentially develop them into core provinces. Core provinces is another key aspect to the game which really changes up the strategy; whilst every settlement/province has a Victory Point value this is proportional to the provinces’ upgrades, so players don’t necessarily have to focus on taking more and more land and instead can work on building up the provinces they do have. Unfortunately that’s all late game stuff that we didn’t get to try; unlike other genres it’s not really all that easy to jump into the end game of a game such as this.

In conclusion? Much of the same. It’s a concept that works for Bytro and we imagine that those who played the previous titles will definitely want to give it a try for the extra features and updated systems. The game plays different for older players, but for new players coming to the title who don’t know what to expect then it still has that inaccessibility and slow pace that just won’t entice people to keep playing if they don’t instantly fall in love with the idea of managing a nation over a few weeks to see how well they perform. It’s a little too slow for us personally, though whilst the core game is still very similar we do think the new features in Empires are definitely improvements that are more than welcomed.