First Impressions on Clash of Ninja

First Impressions on Clash of Ninja

Last week we checked out Joygames’ new free to play browser-based game, Clash of Ninja, where we got to jump into a world based on the Naruto anime and build up a squad of ninja made up of the well-known characters from the franchise.

The core focus of the game is like practically every other Asian developed squad builder of this type; acquire ninja of different grades (D, C, B, A and S Grade) and then work through the content trying to improve your heroes in a variety of ways to increase your squad Battle Rating (the number that represents how powerful you are based off your combined ninja, their upgrades, gear, etc.) and then try and beat higher level PVE content and ranked PVP matches. 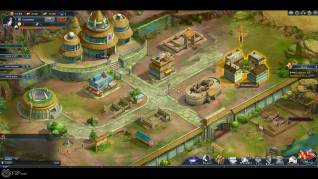 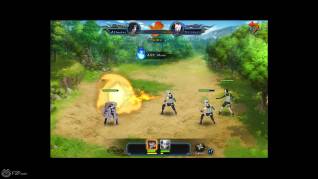 The early game content is extremely familiar, it does feel like a dozen other games of this type that we’ve played before, the ways we could level up our characters generally revolved throwing cash or resources at different features to level up our collected ninja and then level up their unlocked skills. The only slightly more complex element was having to collect different gear items, six in total, for each ninja that once equipped allowed you to “Evolve” the ninja to boost their stats, absorb all their gear, and then give you another list of six different items to collect (or “Synthasize” from different collected items and combining them into a new one) to perform the next evolution; we’ve already seen the exact same system in Marvel rip-off Tiny Mighty (another Asian developed team building MMO).

The content for our couple of hours play revolved around three main things for the most part; collecting new ninja and upgrading them, fighting through endless PVE stages in automated battles, and developing our village so that we could acquire more resources to upgrade our ninja. The automated battles are really what make these games pointless for us; getting to a battle it was 99% predetermined as to whether our squad were a high enough Battle Rating or not as the abilities from all combatents essentially trigger in the same order (which is apparent when you go back to a previously completed stage a few times to get some item loot and you and the enemy perform the same attacks in the same order in each battle). When you realise this it seems absolutely pointless in even showing the fights half the time other than you have the single ability to influence a battle by choosing when to trigger each Ninja’s ultimate ability; aside from that the game could just as easily use a system like most Empire/Army building browser MMOs that when you attack it just tells you if you won or lost… 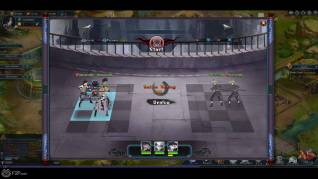 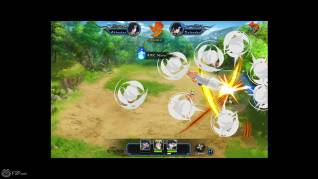 Being AFK for the majority of the fights (we did just go full AFK mode and let the AI choose when to trigger our ults) and having to go back to the same stages multiple times to get the same items we needed for our ninja Evolution was pretty tedious. Every so often we’d push through the AI Campaign, which from our point had some fairly shallow quests just introducing different characters but essentially had no plot whatsoever. At points we’d get to a stage where we’d nearly get beat, or hands down get smashed, and so we knew it was time to spend as many of our resources as possible to max out our ninja upgrades and grind up new items to Evolve. That’s the general cycle of the game; stuff gets too hard to complete and so you take a break from advancing your PVE Campaign and then grind back over old stages to get items or upgrade the buildings in your village, as Clash of Ninja comes with a base building feature for you to accrue your resources needed to advance, but is little more than upgrading buildings a bunch of times to get more resource yield every hour.

For the fans of the Naruto series (and honestly being so generic a game that offers very little different to other titles in the genre we’d be surprised if anyone but Naruto fans would be drawn to the game) they’ll be happy to know you get Naruto himself pretty early on; his ultimate ability is seemingly incredibly OP and just seemed to occasionally insta-refresh on a kill and single-handedly wipe the entire enemy forces out. The anime art style was very hit and miss, it ranged from really great looking characters to really awfully drawn characters and animations that just didn’t look anywhere near the same quality. 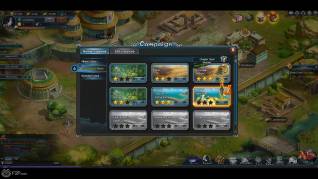 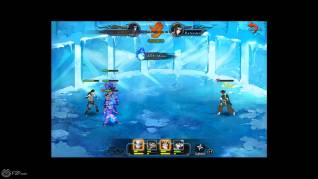 Outside of the PVE Campaign/ninja levelling grind we got the option to enter the Misty Battle, which was a more sandboxy world map where you could travel from node to node taking on more challenging PVE battles. The map was fairly open and looked interesting enough, allowing you to travel wherever you wish and the fights becoming more difficult the further you travel from your base… apparently… we wouldn’t know because the game seemed to bug out after we moved two nodes and then endlessly told us our squad was “busy” (no idea what that meant, why they were busy, or how we could change it). PVP/Territory Wars is a feature we also didn’t get to test, essentially battling to take other player’s territories and earn resources in the process; we’re not sure what the level requirement was but it was beyond what we achieved.

As far as the game goes it was fairly underwhelming, but in part it is the simple copy/paste of a popular genre that for the most part we find fairly boring (albeit some games that are similar in nature add in a hell of a lot more features, or more strategy to character placement in squad formations, etc.). The biggest issue for us was how buggy the game was and its poor performance; menus that would pop-up and stick on the screen, slow loading to enter combat, and ENDLESS freezes in battles where we would load in and then nothing would happen. Admittedly this is a bug that had multiple complaints in the forums, and was addressed on the news page by the developers, but it was truly game breaking and forced us to constantly hit browser refresh on the game to the point where we just gave up out of frustration. All in all it wasn’t really that fun of an experience and it needs some vast improvements. 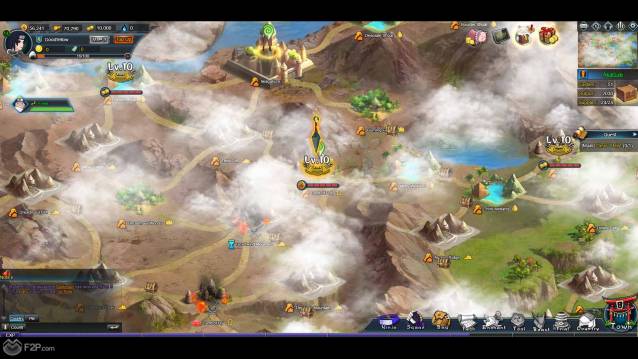