Fun combat, colourful graphics and overall feeling like players are much more involved in the gameplay

Combat is a little bit too easy, though hopefully this resolves itself in later levels

We recently checked out Crusaders of Solaria from R2 Games, a hero building action RPG and all that is free to play on your web browser, as with many of R2 Games titles we already had some expectations as to what the game is going to be like given that many of them fall into the same type of game as Wartune and League of Angels. In all honesty we were expecting another reskinned version of these games (the games get enough comments calling them clones of each other that I think it’s a fair statement to make) and as we’re not typically bowled over by these overly automated games we didn’t hold up much hope for Crusaders.

We’ll hold our hands up, is actually quite a fun game is in many ways it falls in between the typical RPG games that R2 Games generally publish and one of their other titles Zombies Ate My Pizza, and action shooter. There was a lot more involvement with the combat with is actively having to move around the side scrolling 3-D levels and using powers and abilities on our hotkeys to deal out awesome attacks. Whilst the combat itself wasn’t particularly challenging it was still quite enjoyable and we only hope that the difficulty of combat increases as players level up. 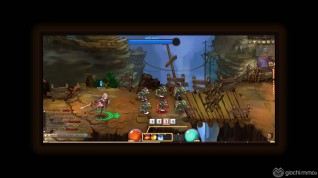 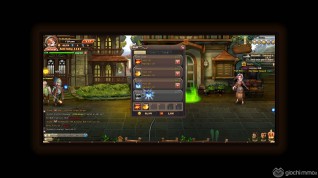 When starting the game your choice of four different characters/classes, though there are no real customisation options its plate see that your class choice does matter a little more than other types of RPG as you must actively perform your attacks, so depending on your class actual combat gameplay will be completely different. Questing is pretty much what we were expecting, auto pathing options for moving between NPCs to pick up quests, lots of talking until they finally send those into a dungeon.

For the first part of our first look the dungeon area we were repeatedly sent into wars some sort of Goblin infested mine, completing the different tiers they all had a publicly viewable Battle Rating so we could compare them with our own personal Battle Rating (BR) to see how difficult they would be. The amount of gear we had and the rate at which we were improving their skills was well beyond this curve so we were always quite overpowered for the missions (and they were the only missions available so we were, presumably, deliberately made to be powerful for the early game).

With each mission and quest completed we were given a truck load of in game currency that we could use to buy new items (though the items we could buy will once that we were already being awarded through our missions) and once the feature had been on locked Enchant our items and level them up, all of which improved our BR. 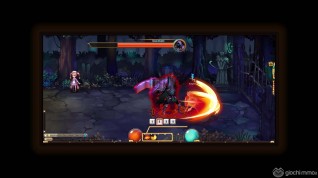 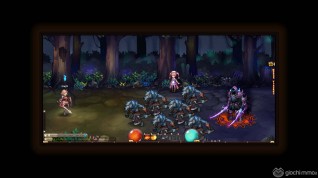 Combat was actually quite enjoyable, waiting for our powerful attacks to power up and unleashing them into a gathered swarm of goblins, such as our Whirlwind attack which kept spinning for around five seconds moving around the map destroying everything. Pretty fun. The boss mobs that we faced, including sub bosses, were interesting and had some different tactics and abilities that broke up the combat and made them a little more challenging in their own right (though again there was never really any danger that we were going to die at this stage and each boss fight has a convenient he’ll pot placed nearby). Once we are worked our way through the mines we headed off to the next zone around level 10, a port side town where this time round it was Pirates that seem to be plaguing the locals.

Overall the gameplay was fun, even for these types of RPG which are normally our types of games we think it stands above many of the other RPG titles that R2 Games currently has. The sound is pretty well done including SFX and background music, all of which add to the game and the graphics have an interesting cartoony style to them (again resembling Zombies Ate My Pizza more than their other games).

First Look at Crusaders of Solaria