Very generic gameplay, linear content, not much in the way of unique features

Cabal 2 has just gone into open beta and we were fortunate enough to be given a Founders Pack which gave us a few days early access and some in game perks. From Korean developers ESTsoft, the game is the obvious sequel to their pretty successful MMORPG Cabal Online. In the game players find themselves as a mercenary on the search for their missing younger brother (though we have to say the brother looks and sounds like a girl, but this is a Korean MMO…), the only clue is seeking out the “White Haired Man” that took him, which leads to a madcap adventure across continents and getting roped into helping out other people and actually spending the first ten levels looking for someone else’s missing kid.

Character creation is pretty good, a combination of pre-set features and a plethora of sliding scales to tweak various aspects, there’s plenty there to customize your character; both male and female. We went down the route of making a female character and in an unexpected albeit approving stroke we found that the scales meant we could make a rather… rotund.. woman, complete with short shaved Mohawk and a double chin that would put Jabba the Hutt to shame, it was a breath of fresh air that women (and men I guess) didn’t have to look so much like your typical hero beefcakes and supermodels and instead we had our rather butch looking woman. Class wise there’s six to choose from covering your typical melee and ranged tanks, dps and support with the Warrior, Wizard, Priest, Force Blader, Force Shielder and Force Archer, the Force essentially being magical abilities (totally not Jedi though) and so we went with the Force Archer who was marked being the most difficult class to play. 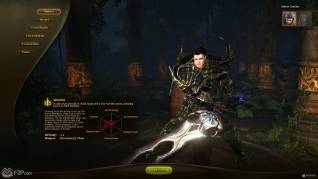 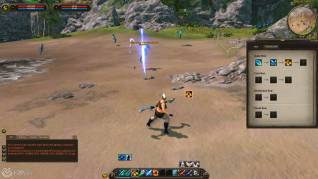 The combat is a combination of tab targeting and using your abilities to keep out of harm’s way and throw down some serious damage, at least as an Archer, using our evade skills we could dash about the battlefield to keep out of melee combat; she was pretty agile for a big girl. One of the main features is the Consecutive attacks, ie. combo building, which is done by performing certain attacks in order, as you level up you learn new combos that are harder to pull off, but do a hell of a lot more damage or have different outcomes. Keeping out of range was hard sometimes, checking over the UI options we didn’t see a place to turn NPC nameplates on, so there were more than a few times we ran into mobs (though you can have them show on the minimap) and got a little overwhelmed forcing us to run away. In fairness it was usually the quest auto-tracking ability that would get us into trouble and make a beeline with the quickest route as the crow flies no matter if it ran us through the forest of death... handy if you’re mounted or in town, not so much if surrounded by enemies that can beat you to a pulp as a squishy class.

Given that the game has been designed on CryEngine 3 platform we have to say we’re quite disappointed with the graphics, they are.. okay… far from amazing and some of the world environments, whilst having a nice layout and look, generally just aren’t a particularly high quality even with our settings cranked up, from straight jagged edges on natural elements, low quality textures or flat surfaces with printed patterns to imitated rocks, bricks and other textures. It’s quality is great for a game released eight or so years ago, not in 2015, whilst a massive improvement on the original Cabal Online the problem is that the original Cabal Online didn’t look all that great for its time either and Cabal 2 is visually way behind some of the other more recent MMORPG releases in the last few years. 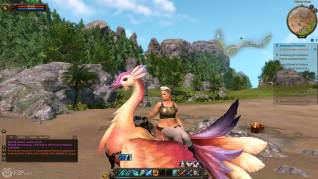 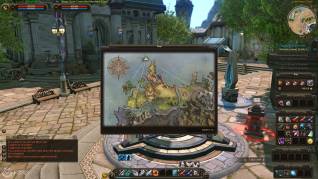 Graphics aside the gameplay format is also pretty dated, running back and forth between areas to kill a number of creatures, to collect a number of items, then deliver them to the next NPCs; with every class starting in the same location with the same story-arc it is an extremely linear experience that personally we can’t see the desire to run it through each time to fill up your six available character slots. Furthermore you can’t actually progress unless you complete these quests in order and there is sooo much back and forth between NPCs it gets quite annoying.

Many of the systems are things we’ve seen over and over, gear is white, green, blue, etc. for its quality, you can enhance gear relatively early on if the item has a socket, you can disenchant gear at a vendor to get crafting items, and generally customize your equipment to an extent. There’s Skill Trees as you level up to customize your character, as well as gaining three ability points each level to improve your attack, health, PVP attack, regen and more. Whilst one of the key features of arena PVP looks pretty good, a MOBA style map layout and similar turret fighting and Commander (core) destroying objective, the problem is that the first arena is only available from level 28… so yeh… not something we got a chance to try out, which is disappointing as it was probably one of the more unique features to the game. 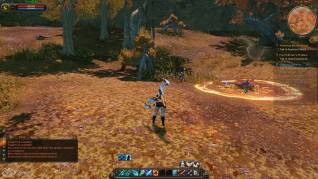 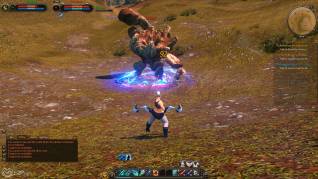 The biggest issue with Cabal 2 so far is that it honestly isn’t any different from every other theme park MMORPG out there, aside from it being a sequel to Cabal Online, which is likely to draw a crowd, it doesn’t really add much different to the gameplay which is pretty standard. We played and played hoping that at some point we’d have that moment where it started to feel different, but it didn’t come; there was nothing in our time playing that made us go “wow” or “oh that’s quite cool”, no moments of innovation or elements of real creativity; it was just a generic MMORPG. Whilst for those who have never played an MMORPG before or were fans of the original we’re sure Cabal 2 will provide them some entertainment, those players who are experienced in MMORPGs are probably going to find little of interest in the game. What it does, it does well, but it’s a tried and tested formula that has worked on a score of MMORPGs that came before it and so it’s no real surprise. 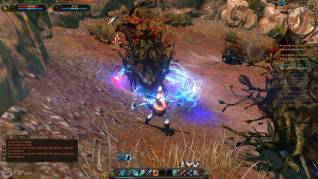 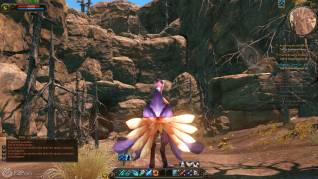