Marvel Heroes Gets a Massive Update

Marvel Heroes Gets a Massive Update

“Gazillion has learned a lot in the last three years building Marvel Heroes,” says Ben Gilbert, Lead Systems Designer at Gazillion. “We're applying that knowledge in some sweeping iterations to Super Hero powers, enemies, and loot—the very core of the game. In the course of these changes, we’ve updated virtually every aspect of gameplay, and we're confident that we’re now offering the best version of Marvel Heroes by many light-years.”

All heroes in the game has been modified through the three system involved: power points, specializations and traits. From now on, upon unlock, all powers will be viable. Players won't need to re-allocate points, since power scales with the level. And this update introduces talents and traits. Characters will have 5 set of talents that they can combine as they please. Talents replace the specializations system. On the other hand, traits are an evolution of passive skills. Characters will have two traits: one defensive and one offensive.

As power points have been modified, all items that grant power points are being modified. But that's not all regarding items. There is a new rarity tier: Omega. Omega items will only drop at level 60, and they will be integrated within the new Difficulty Slider system.

Marvel Heroes offers now a personal difficulty slider. Players can choose a difficulty level when they are warping to a location. More difficulty, more reward. But enemies will hit harder and use new abilities.

Finally, the new infinity system will help players to personalize their characters. There are six infinity gems (Mind, Power, Reality, Soul, Space and Time). Within each of these players will find five different options. Depending on what players want to emphasize, they will have the opportunity to allot points. 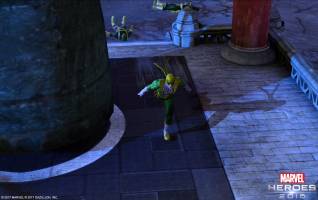 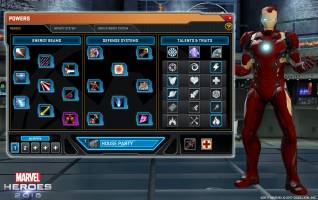 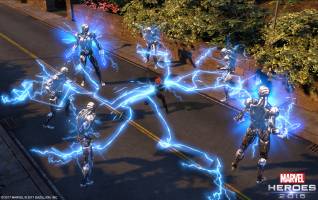 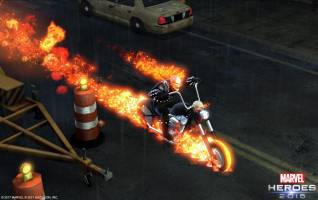