What Do We Love About… Blade & Soul?

For our newest “What Do We Love About…?” article we’re heading over to NCSoft’s wuxia themed martial arts MMORPG, Blade & Soul. In the game players can create their own character and explore a rich world filled with dynamic quests and enemies, and battle through strategic PVE, Boss and PVP fights. Whilst the Wuxia genre is steadily getting more and more populated, here are the top things we love about this game: 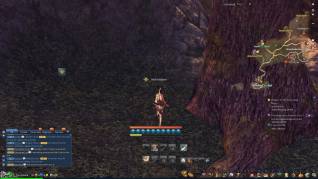 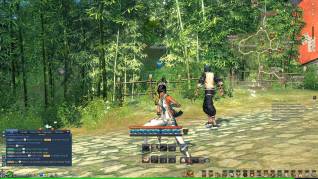 Wuxia Theme
The Wuxia style of gameplay is very well done. Anyone who loves Wuxia novels and movies (such as Crouching Tiger, Hidden Dragon) will instantly find some appeal with Blade & Soul, not just for its story but for the acrobatics and flair seen in both movement and combat. Players can dance around their opponents, leaping into the air and performing all manner of flips, twists and turns whilst interspersing them with deadly strikes. Outside of combat moving around the huge world is made all the easier as players can jump from mountains then glide down as though a leaf caught on the breeze as they descend to the bottom unharmed, or dash over the surface of lakes and rivers in true wushu style.

4 Playable Races
Players don’t have to be human. Unlike other traditional wushu/wuxia MMORPGs players aren’t only bound to human races in Blade & Soul, whilst the theme of Wuxia is strong in the game it isn’t bound by the more traditional faux-Chinese history and so with that we see some varied non-human races. From the huge Gon who are a physical specimen to be feared, to the half-sized, cute rabbit humanoid Lyn and their bunny ears and feet, it adds a welcomed fantasy element to the game. Player’s choice of race will determine their available classes; however each race has multiple classes to choose from and isn’t stuck with a single style of combat.

9 Playable Classes
Players can choose from a variety of classes. Providing you’re not after a specific class-race combination (as classes are locked to certain races) the game has nine available classes to play as, which is pretty impressive for a game that is only a few years old. Each class offers a unique play style, weapons, combat style and more so that players can feel the difference as they come up against other opponents’ styles or play multiple characters. Each class has a difficulty level determining how hard it is to play or stay alive as that class; the Kung Fu Master relies on quick player reactions as the bulk of their damage is done by stopping and countering their opponent’s attacks, and so is one of the hardest classes. When compared with the Summoner they have a summoned Familiar to help them in combat, as well as utilizing abilities that use an enemies’ health to replenish both their own and their Familiars’, making makes their survivability a lot higher and their general difficulty a lot lower.

Faction Combat
There are multiple factions in the game to align yourself to. Starting out with the main two player factions; The Crimson League and The Cerulean Order, which determines which clans a player can join, players can align themselves to different factions throughout the game. A number of NPC story focused factions and orders can be joined by a player and benefits and rewards earned by killing rival NPCs. However, with each faction players can equip that faction’s uniform, in doing so they make themselves a target to any similarly dressed opposing faction, which opens up world PVP in almost any area of the world; ideal for those players that love a challenge and the thrill of unexpected random PVP encounters.

Soul Shield System
Customize your abilities with Soul Shields. Through the game players can discover and equip various Soul Shields, pieces of a full shield set that give players bonuses to their abilities and stats, increasing health, dodge ability, critical strike chances, etc. Each fragment is one eighth of a shield and players can have eight pieces equipped, by gathering fragments of the same set players will get cumulative boosts at 3 pieces, 5 or 8 fragments; this allows players to be flexible in their customization equipping any soul shield, but also gaining extra benefits for finding and equipping the same set’s pieces.

So that’s what we love with Blade & Soul, but more importantly what are some of your favourite things? What do you think could/should be added to our list that makes the game great? Let us know what you think in the comments below! 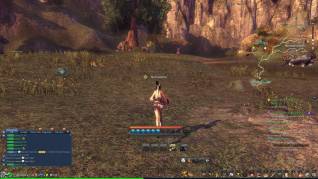 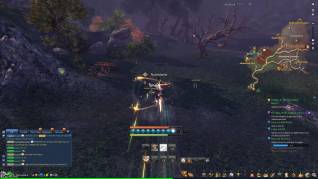