Nothing majorly innovative when it comes to the genre, laggy in places

Blade & Soul from NCSOFT was released this week, so we jumped in to check it out, having seen the game at the last year’s Gamescom and having had a chance to check it out in the closed beta weekends.

For those unfamiliar with the game it is another in a long line of Wuxia/Qinggong style “Crouching Tiger, Hidden Dragon” martial arts MMORPG, with our character being one of the last of a handful of students to be taught the a legendary art-form (us and the thousands of other players that is). The game was released in Korea in 2012 and is now seeing its western launch.

Creating your first character is a standard affair, seven different classes divided between four different races; the races are relatively human for the most part, the Jin being the most classically human, the Yun being a purely female race in touch with nature, the Gon are giant men and women and the Lyn are small statured with rodent like features. The actual character creation is so good and allowed us to create a character so ridiculous looking that it was honestly the most we’ve laughed during character creation ever; not sure whether that’s a huge plus for the game in general, but for us it was fantastic. With our freaky looking unlikely hero made we went with the Assassin class, because the lols to be had killing someone from the shadows with this character was too good to pass up on. 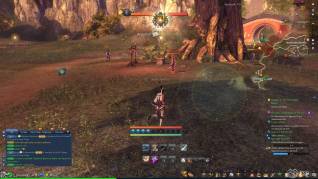 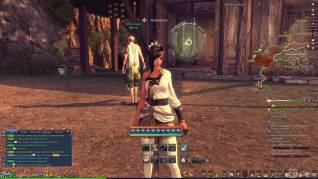 One of the huge draws of the game were the cinematics, starting out with an opening cut scene of the players character being dragged out of the sea, you’re then transported to the tutorial zone to learn the basic controls and combat and the build-up of how you came to find yourself floating face down. Without giving away too many spoilers bad stuff goes down, which we obviously expected, what we didn’t expect was a near five minute long fully voiced cinematic showing these events unfold that was literally like watching a movie. It was extremely well done, very interesting, but absolutely RUINED by our character; for every serious moment that conjured excitement and suspense, it was killed by our eight foot tall pink haired freak ambling into shot with his dumb grin (not helping that we’d stripped down to our boxers), from the very moment he was dragged out of the water and filled up nearly the entire boat, we just laughed constantly.

Graphically the game is hit and miss, definitely showing its age in places with a lot of jagged edges, even on the opening title sequence the lettering was pixelated, a couple of character textures were a little rough, but the actually environments were stunning and some of the most picturesque we’ve ever seen in an MMORPG. Three years ago when the game was released in Korea it would have been at the height of graphical capabilities for the most part, with only a handful of MMORPGs beating it for how it looks.

Questing, as you might expect for a 3 years old game from Korea, is fairly standard. Get quests, kill critters, head into dungeons, hand in quests, move to the next zone. Quite a bit of back and forth and a really odd layout for the zones, at least the first two that we saw, where instead of entering a zone and having quest givers nearby you would have to walk through the areas for a little while to reach these places, essentially walking past all the creatures you were going to have to come back to to kill; an odd layout. 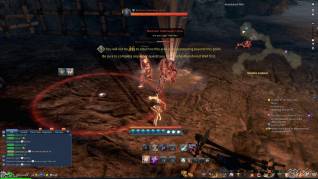 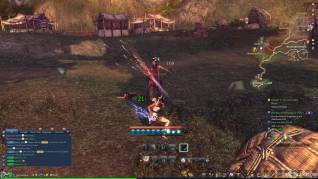 Where the general questing was on the basic side, this was made up for with the explosive combat; a lot of Wuxia inspired games have elements of it, but Blade & Soul feels extremely fast pace as we were jumping through the air, darting through enemies, pummelling them into the ground and generally unleashing a killing machine. As we progressed in level we’d automatically pick up new attacks, but we also picked up new class quests to show how skills could be tied together to make chain combos, which was pretty interesting and gave us more options than we knew what to do with even only getting up to level 10.

One of the things we really enjoyed was whilst we were out exploring the open world is that we were free to engage in PVP, done through a faction system players can join the Crimson Legion or the Cerulean Order very early on. However, it is worth noting that to flag yourself for PVP you have to equip your chosen factions’ uniform, which will then make you attackable by enemy factions members and enable you to attack them, flagging them as Red names. An interesting point worth making was that when we went to join the Crimson Legion we were told by the NPCs that they weren’t taking anyone on; whether this is permanent in game balancing of factions, or simply balancing for the beta, we’re not sure but it seemed like a pretty decent idea. The PVP is quick and generally painless, as an Assassin we took advantage of every red name we saw and attacked them outright; whether fighting NPCs or stood next to quest givers presumably handing them in and locked into a cinematic. For some it’s lame ass tactics, as even the town areas had no safety, but if you don’t want to engage in world PVP whilst questing then take off the uniform. We won as many fights as we lost, but some equal levelled classes were absolutely dominating us, particularly the Blade Dancer which seemed to drop us every time (that and we kinda suck at PVP). 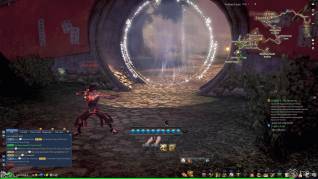 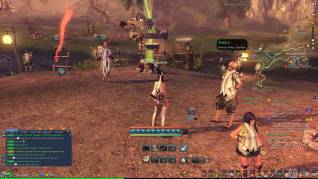 There are ways to make your character stronger, firstly by acquiring “Soul Shards”, fragments of a seal that are broken into pieces and can be collected and equipped to give boosts based on having 3, 5 or all 8 pieces. It works kind of like gear/armor sets from other MMORPGs, only doesn’t take the place of your armor and weapons and is an independent feature. Alternatively you can upgrade your items with various resources known as elements, that you sacrifice to your item to boost it, though you need to boost it a few times with various elements before it will level up.

Overall Blade & Soul was a fun experience, the PVP definitely made the game more fun as the PVE combat itself (at least for the first few hours) was generally a little too easy and didn’t provide much of a challenge, the first quest boss we faced was permanently camped by about 10 people so it wasn’t much of a challenge. The graphics were generally pretty inspiring and the world felt huge because of it, even with the early game areas we checked out, they were pretty immersive. Whilst some of the early quests are a little bit on the lame side, in general they did focus on us being the hero (or at least aspiring hero), but things did get a little generic with the same formula of doing generally the same quests in a new area but against different enemies. Combat is exciting and we’d loved to have been able to check out some group PVE and PVP as we imagine that would be extremely fun.