Knight Online is going to launch a new server, Titan

NTTGame is preparing the launch of a new server for Knight Online called Titan, which will arrive on October 23. In addition, NTTGame is celebrating a special event before the server officially opens; they are letting you to reserve the character name that you want.

Current premium members will have first access, and can reserve their characters starting on Saturday. All other players can begin on Sunday. 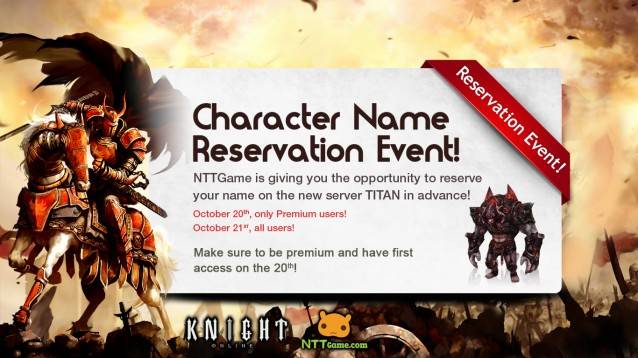