Keep your own island in Pirate Storm

Keep your own island in Pirate Storm

The combat exploration MMORPG Pirate Storm: Death or Glory has announced an innovative Guild Islands system, in which players may build fortresses in various territories of the sea, and getting raid points for raiding other guild islands, with which you will be able to unlock special rewards.

The game has also added a new currency, the Guild Gold, which is necessary for build structures and workshops, repair your fortress, buy items for your island or build advanced objects, like siege weapons or ammunition. 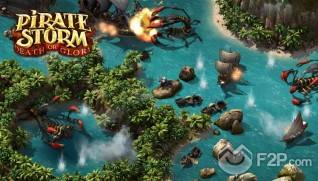 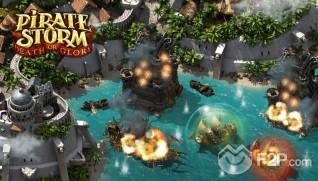 “Players will experience a greater sense of union and engagement with their comrades, each fulfilling a duty amongst a number of responsibilities, and strengthening the guild connection to defeat their foes!” said Philip Hufen, Producer, Bigpoint. “With the addition of guild islands and guild zones, we’ve thought of unique ways to add flare to ordinary guild configurations.”