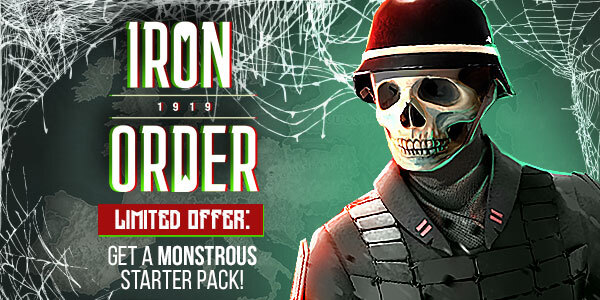 F2P.com and Bytro Labs offer to our readers a free Starter Pack for Iron Order for PC and mobile devices since next 1st November and win for FREE 1 Months of High Command account and 13.000 Goldmarks for FREE.

Step 3. To redeem the content, create an account and pass the tutorial. Once you do, you will have on your profile these FREE items for Iron Order 1919.