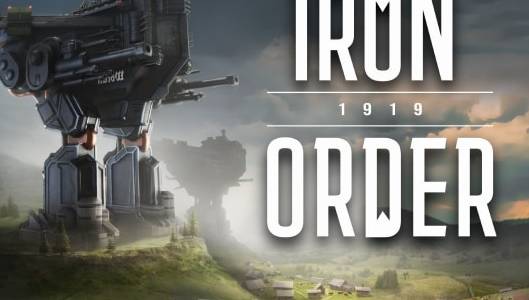 Matches run in real-time on World Maps based on World War 1 scenarios and beyond. Nations are split into smaller provinces with unique properties that influence resource production or terrain types. The goal is to take over the majority of the map. To achieve your target, you have full control over your nation's economic developments, technological research, military advancements and diplomatic relations with other players. Work together, against each other and never trust your alliance fully - when power is in reach, everyone becomes an enemy. Will you still let your people fight with scythes or plan ahead and join the technological revolution?

Regular updates expand the lore and add variety to the game's gameplay. We are just starting the journey of Iron Order, there is a lot to come, and we can’t wait to hear about your experiences in the game and your feedback. Welcome! Build your strategy around fantastical and historical units of the era!

● Long Term Strategy in Real-Time
● Weaponry based on popular Dieselpunk, Teslapunk and Steampunk ideas featuring Mechs and Robots
● Every unit type is featuring a special “Titan” class with incredible power and utility
● Play with up to 101 players per match
● Maps based on historical events and beyond

You can play Iron Order 1919 here on F2P.com for FREE on you PC or Mobile devices (iOS or Android)