Interview with Alex Billaud Associate Producer for Echo of Soul

This past weekend we got the chance to talk with Alex Billaud, Associate Producer for Echo of Soul, about this new free to play title developed by Nvius and published by Aeria Games in Europe and North America. It recently entered Open Beta and we already reviewed it (in case you missed, perhaps you want to take a look at our review). For those interested, the game is now available to all players.

First of all, thank you for giving us the possibility to interview you about Echo of Soul. Would you be so kind to introduce yourself to our readers?

No problem! Always happy to chat about the game. I’m Alex Billaud, Associate Producer for Echo of Soul.

How would you describe Echo of Soul to someone who has never heard of it before?

Whether you’re an experienced MMO player or a newcomer to the genre, EOS is designed to be the only MMO you’ll ever need. It’s a huge world packed full of enough content to keep you going for years (with new content continually adding to that, of course). Different players enjoy different things, and EOS delivers more than enough options to satisfy the whole spectrum of MMO players.

What makes Echo of Soul to stand out in the MMO market? Why should a player choose to play Echo of Soul over any other free-to-play MMORPGs?

Answer: We focused on perfecting the things about MMORPGs that fans love, and building a massive, immersive world around that. PvE fans have nearly 60 unique zones to explore, tons of dungeons (both for solo players and parties), and over 1,600 quests. But PvP players have just as much content, with battlegrounds, arenas, and large-scale guild wars. You can start PvP’ing from a low level and gain experience from battlegrounds all the way up to the level cap if you want. The greatest strength of EOS is that everyone is free to play what they want, when they want to. 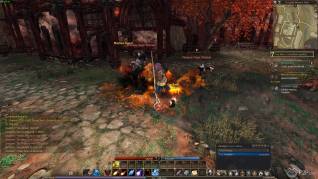 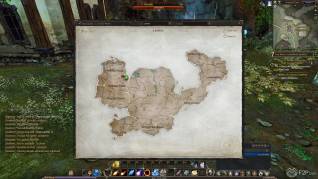 Despite its huge success in Korea, do you think that the game will convince European and North American players?

Our localization team has done a fantastic job adapting the game for Western audiences. We did more than just translate the text; we bulked up the lore and added some awesome new elements to it. In doing so, we hope to make the NA and EU versions the definitive versions of the game.

Tell us something about the lore and the mechanics of the five classes available in the game.

In EOS, the world was nearly destroyed after an ancient war between Gods and Giants. Even though the Gods were victorious, the blood of the Giant King, Ymir, remained and became the Shadow Soul. Players control a Soulkeeper in the present time, chosen by the Gods to wield their power and protect the world from the Shadow Soul.

Soulkeepers can be one of five classes: Warrior, Rogue, Archer, Guardian, and Sorceress. Warriors, Rogues, and Guardians are melee characters, while Archers and Sorceresses fight from range.

What about the character progression? Can we customize our characters’ appearance?

Yes! The level of class customization is quite high in EOS. The classes are gender locked, but the character creation process has some very detailed options to help make your character look unique.

As far as character progression goes, each class has two specializations available that really define your style of play. You can switch between different specs whenever you’re out of combat, so you can quickly and easily take on a different role as you see fit. Specs are customized even further with Souls, giving your abilities extra power or utility.

Tell us how the Soul System works.

It’s very simple and versatile. When you kill enemies, you automatically collect Chaos Souls from them. The Chaos Souls need to be purified before use, and we encourage cooperation between players by granting extra Souls when you purify together.

The purified Souls have four different types, and can be used in several ways. You can consume them to activate temporary buffs to give yourself that extra edge in combat, or use them as crafting ingredients.

They can also be used to modify your spec’s ultimate abilities, based on the type of Souls used. Take the Guardian’s Lightning Spear ultimate as an example – the normal ability is a direct AoE damage spell, but you can use Souls of different types to reduce the cooldown time, increase the damage, or add defense and speed debuff effects. With three ultimates available to each spec, there really are a ton of possibilities!

We know that the combat is fast paced, engaging and extremely tactical. What can you tell us about its main features?


It’s best to start with the most unique aspect of combat in EOS: we don’t have a traditional healing class. Every class has support abilities that they’ll need to use in a party in order to manage incoming damage and stay alive (some more than others – the Bard spec, for example, has a larger focus on support spells), but there is no spec that’s designed to sit back and spam heals all day. The combat is designed this way so that every player is participating directly in the action, and the shared responsibility for survival puts a greater emphasis on teamwork. 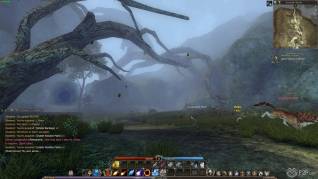 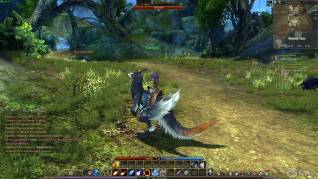 How is the PvE going to be structured? What can you tell us about the quests, the dungeons and the raids?

First of all, there’s a lot! We have 1,600 quests at launch that take you all over this gigantic world. As for the dungeons – solo dungeons offer a unique personal challenge culminating in a one-on-one showdown with a boss. The loot you receive from solo dungeons is guaranteed to be usable by your class, so it’s a perfect way to gear up for five-man Party dungeons – the next logical progression in the PvE experience with even better loot.

We also have Infinite Dungeons for solo players and groups, featuring randomly generated maps, enemies, and bosses. You can choose from seven difficulty levels when you enter and get increasingly better rewards based on the difficulty and how far you make it.

As for raids, they’re coming soon! We can’t give away too many specifics, but it will take groups of up to 20 players to complete the most epic boss battles in the game!

Let’s speak about the game’s PvP elements. What will the game offer? Feature instanced battle zones or open world PvP?

Both! We have two Battlefields, Mettle’s Theater and Tribulations Vale. These are 15 vs. 15 instanced maps with objective-based team play. Teams race to 10,000 points by capturing resources, holding bases, and killing target NPCs.

At the level cap (currently level 60), players can queue up solo or in a group for 5 vs. 5 arena matches. Matchmaking is done through an ELO system and teams will compete for high ranks and rewards each season.


Open-world PvP can break out when guilds set themselves to “hostile,” enabling some good-old fashioned ganking against other hostile guilds. But the ultimate guild combat happens in Valhalla, our daily instanced guild Battlefield. Hundreds of players can compete in Valhalla, fighting both rival guilds and the giant world boss at the center. The guild that lands the killing blow on the boss gets the loot, so it’s a tense battle all the way down to the wire! 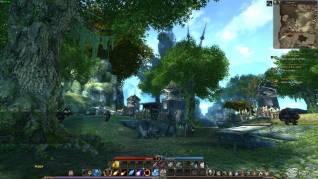 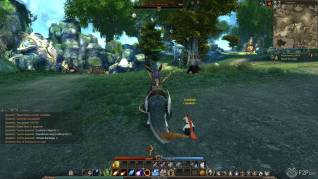 Is true that the game has a system that permits players to check out what's happening in game even if they are offline?

That would be our mobile companion app, which we plan to release soon for iOS and Android. Players will be able to use the free app to keep up with the game on the go, with Auction House access, in-game mail, guild and friend chat, and a lot more!

Will you implement a cash shop into the game? If so, what can players expect to find within?

Yes, Echo of Soul is free to play, with additional items sold in the cash shop, but that doesn’t mean Echo of Soul is a “pay-to-win” game. Cash shop items are for convenience and customization – we even chose to remove player stats from the cash shop costumes in our version of the game specifically to keep things fair and balanced for spenders and non-spenders alike. Most items in the game are still earned the old-fashioned way through quests, dungeons, and the like.

We also have an in-game currency called Magic Eggs, which are obtained through login bonuses and special events. Magic Eggs can be exchanged for cash shop items as an alternative to real money. In fact, we even have some items that can only be directly obtained with Magic Eggs!

Thanks for the opportunity to share our enthusiasm for this great game!We just wrapped up a very successful closed beta period throughout May, and the game is now open to all players. The game client can be downloaded directly from the website.