Together with Aprogen Games, Gamigo is bringing the PC version of the action-packed MMO to South Korea

Gamigo is ecstatic to announce that they are partnering with the Korean publisher Aprogen Games to release the cubic adventure Trove on PC in South Korea. Founded in 2014, Aprogen Games can look back on an impressive track record of publishing diverse games in the Asian markets. They have decades worth of experience in the gaming industry and are well-equipped to ensure the successful launch of the popular voxel based block building game.

Some players may be inclined to put Trove in the same category as its beloved voxel based cousins, but Trove took the best parts of each of them and combined them into an always-online world filled to the brim with exciting content, new friends to meet, and quests to fulfil. Each of Trove’s 16 classes is as unique as it’s quirky. Players can switch on the fly from taking the fight up close and personal to hanging back a bit to bombard their enemies from afar with powerful attacks. Trove is unlike any other game on the market. It’s unique. It’s vast. It’s constantly evolving. It’s a game that easily fits any playstyle. Whether players just want to dip their toes in for an hour or dive deep into dark dungeons, go spelunking, craft, or just have a good time with their friends, Trove’s got something for everyone.

gamigo and Aprogen Games will provide players with continuous updates on the publishing process of the Voxel-MMO. More information about Trove can be found on Trove. 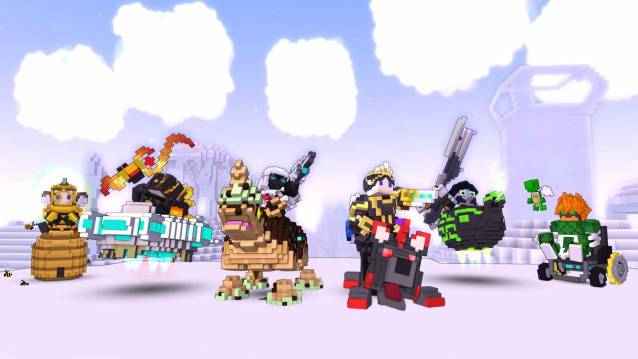 Now available on Xbox One, Playstation 4, Mac, and PC! Trove is a free-to-play voxel-based action MMO set in a massive universe of online worlds. Adventure you can play for FREE here on F2P.com