Path of Exile, the free-to-play-ness of which will be tested with this episode of our F2Pmeter series, is an online action RPG set in a dark and gritty fantasy world. Remember that games start with a 100% of free-to-play-ness. That percentage will vary depending on the answers to our questions.

In addition to deep character customisation, competitive PvP and ladder races, the game offers seven playable character classes players can pick from to explore the dark and brutal continent of Wraeclast and is designed around a strong barter-based online item economy.

Let's go with it!

No. Since its official launch in late 2013, Path of Exile has always been free to play. Players may create an account to download the client and start playing without being charged at all.

No. The title has been designed from the scratch with a free-to-play business model in mind; there is no (optional) subscription feature. Instead, developers intend to fund the development and ongoing expansion of their game through microtransactions and purchasable supporter packs.

No. Both expansions released since launch have been made available for absolutely free and Grinding Gear promises to continue to never charge for content.

Yes – -5%. Path of Exile features a shop that offers Basic Point packs as well as several supporter packs. Points can be spent in the game on a huge array of cosmetics such as animations and alternate skill effects, weapon and armour effects, and pets. There are also additional character slots (accounts already come with 24 free character slots) and stash tabs (bank) available for microtransaction points. Supporter packs include points to spend on cosmetics, forum titles, unique armour sets, decorative objects, and the digital soundtrack amongst others.

No. The items contained in supporter packs and available with points only allow players to distinguish themselves in the world of Wraeclast without receiving any gameplay advantage.

Yes. The entirety of races and classes in Path of Exile is available for everyone without any exception and any restrictions.

No. In PoE, there doesn’t exist an Auction House in the stricter sense of the term. However, players may use "tool search" websites to contact sellers and compare their prizes. In any case, they aren’t restricted in any way in doing so and players willing to sell items are free to offer as much as they like and are able to.

Yes – -10%. The character’s inventory as well as their shared stash is limited and players therefore have to prioritise which loot items to pick up and are sometimes forced to vendor items in order to regain space. The shop doesn’t offer any inventory expansions. Regarding their shared stash, which functions as bank, players do have the option to pay for additional tabs that grant extra storage slots.

Yes. PoE players are free to roam the entire continent of Wreaclast, from its shore to the forest farther inland and the city of Sarn, there’s no place where their access is restricted.

No. Any player is able to enjoy the entire game with all its end-game content for absolutely free and without any restrictions. The game features a unique itemised system and its end-game areas are items called Maps which can be found in high-level areas and grant limited access new random world areas containing great challenges and greater rewards. Maps can moreover be traded among players and altered using mods to change their risks and rewards.

Yes – +10%. Absolutely! Non-paying players aren’t restricted in any way and are able to enjoy the entire game content. The shop offers completely optional purchases of aesthetic upgrades and in-game perks, which are designed in a way to not convey any gameplay benefit, but help purchasers create a unique look for their character and its fighting style. It seems as if developers keep their promise to allow everyone a complete and fulfilling gaming experience without spending any money at all.


Our F2Pmeter test of Path of Exile results in a great 95% of free-to-play-ness. 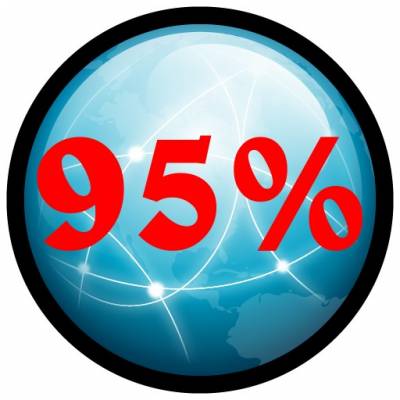