Elsword has released a new content update, introducing an all-new continent, a new level cap, a PvP boost, an update to item stats and some in-game events. Check some screenshots and the gameplay trailer below.

Players can look forward to delve into Elysion, a new continent with a sci-fi theme where they will have to face mechanical enemies as they reach the new level cap, which has been raised to 85. 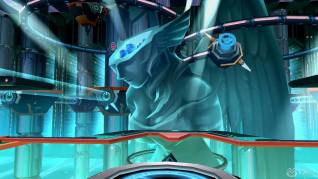 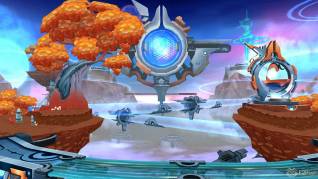 "Bearing betrayal at the hands of the very Fire Priestess they sought out to protect, Elsword and the gang stared death in the face... with reckless abandon; knowing the lives of every last man, woman and child rested on the outcome of their final fight. The fervent hatred and savagery from the larger-than-life clash with the demonic warlords sullied the souls of every last hero amongst their ranks. They've crossed the ashen, violent lands that the old gods dared not to tread. With the Demon God and his warlords sent reeling, and their own hearts settled, they knew they were no they'd reached the end of the Distant Ruins...

Beyond the rocky crags of the ruins, Elsword and the gang come face to face with the prophecy. Showered in what appears to be a holy light, raining down from the horizon, eerie glow emits, then intensifies, and the backdrop changes. The surrounding tech feels mysteriously familiar... Unshaken, Elsword and the gang enter Elysion."