Marvel Heroes 2016 welcomes Elektra as the 57th playable character. After her appearance in Marvel's Darevil TV show season 2, the famous assassin arrives in the free to play action MMO. She has been voiced by Kat Cressida and she brings two different costumes: the classic red one and another inspired by her look in the TV show.

She attacks with her iconic sai, shurikens, a rope dart and other lethal abilities.

“We opted for a more target-selection mechanic to represent Elektra's assassination skills rather than basing her strictly around stealth, to differentiate her from other assassins in the game,” says Michael May, Senior Game Designer at Gazillion. “She does have stealth mechanics, but her gameplay is mostly driven around finding high-value targets, marking them, then taking them out.” 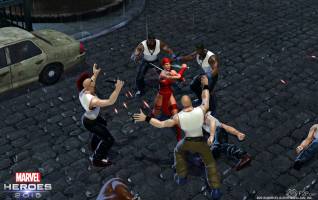 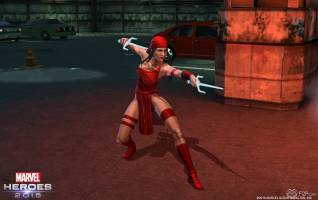 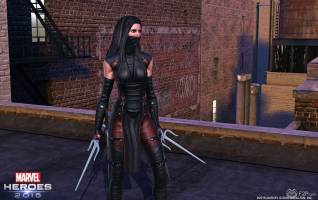 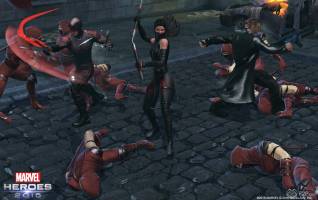