DCUO, War of the Light Part I is coming

DC Universe Online keep expanding and SOE has just announced a brand new upcoming DLC: War of the Light Part I, which continues the game's storyline and introduce the Blue Lantern Corps, a new powerset: Rage, new playable Legends PvP characters, and new operations for both 4 and 8 player groups. This new expansion will be available for PC, PS3 and PS4 early next year. 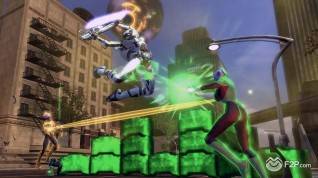 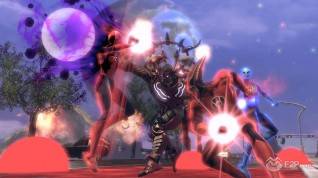 In this DLC Metropolis will be the theatre of a new war of light, and lanterns of all colour will have gather in order to find their entities, and players will have the chance to fight with characters such as Hal Jordan or Sinestro on their side.

"Our first DLC introduced Light Powers and allowed players to feel the awesome abilities of the Power Rings employed by Hal Jordan and Sinestro in the pages of the comics," said Jens Andersen, Senior Creative Director for DC Universe Online. "With War of the Light Part I, we are adding another light power to the mix, this one fueled by the Red Light of Rage. Rage Powers will have a brand new tanking mechanic for players to master, adding a whole new strategy to group content." 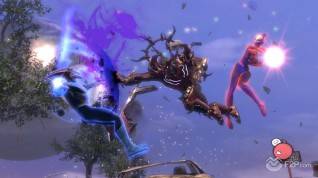 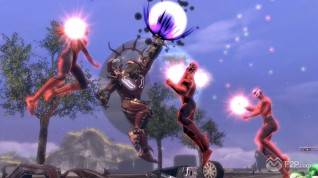 "War of the Light Part I will let players explore new and reimagined environments in DCUO. They will notice changes to Metropolis, which has been affected by this new war of light, and for the first time they will journey to Mogo, the sentient Green Lantern Planet, and Ranx, the Sentient Sinestro Corp City. These environments play a big part in the storyline and we look forward to expanding each of them as the trilogy unfolds," Andersen continued.