Crossout Horsemen of the Apocalypse released

Targem Games and Gaijin Entertainment announce the release of Update 0.10.30 “Horsemen of the Apocalypse” for the post-apocalyptic online action game Crossout. Players can now create their own battles with individual rulesets and invite their friends to play and observe. Called “Custom Battle”, the new mode is also the perfect way to train for Clan Battles, which have received a significant overhaul as well. Winning Clan Battles will now yield more of the valuable resource “Uranium ore”, which is required to obtain “Relics”, Crossout’s most powerful weapons, which have doubled in numbers with this update. 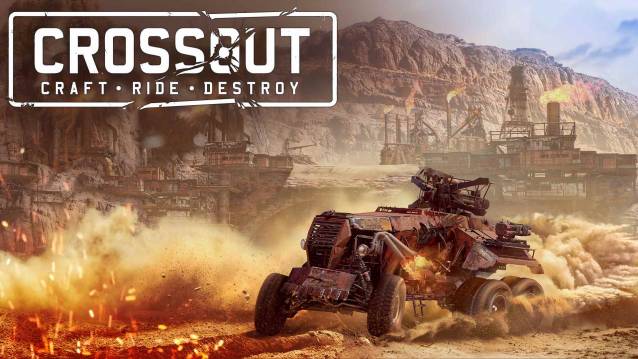 • Multiplayer Test Drives: You can now test your invention with the help of your friends, trying various different combat scenarios without any time pressure.

• Trialing PvE vehicles: Since heading for PvE raids requires gasoline, you can make sure your vehicles are fit for the task by trying PvE scenarios in Custom Battle first.

• Map study: A good map knowledge is definitely helpful in PvP and PvE battles. Now, you can take your time checking out all corners of Crossout’s maps and find new vantage points or ways to attack the enemy.

• Team practice: You can now train effectively for Clan Battles and work on teamwork and coordination with your clanmates in combat.

• Individual Events: Custom Battle allows for individual rules to be set, so be invited to be creative! PvP battles only on two-wheeled vehicles? A PvE mission with only chainsaws allowed as weapons? Bring it on! 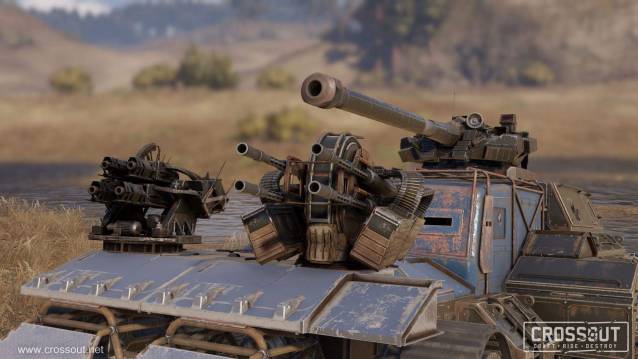 Clan Battles have also seen a major rework and are now taking place in six different leagues, from Basic to Diamond. Participants of the top four leagues will receive the rare “Uranium ore” resource as reward for victory, with Diamond league members receiving twice the amount. On top of that, the 60 best clans by overall ranking will receive additional “Uranium ore” at the end of each weekly season. 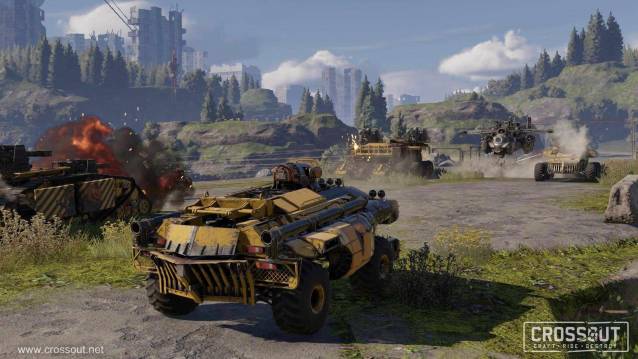 Relic weapons, which are the most powerful weapons currently in game, require “Uranium ore” in their crafting process. Now, players can craft six different relic weapons, including the newly introduced machine gun “Punisher”, shotgun “Breaker” and cannon “CC-18 Typhoon”. All relic weapons come with powerful, additional effects that are likely to be an unpleasant surprise for any rival. A hit from the “Punisher”, for example, slows down the rotation of the affected vehicles’ weapons, the last shot of the “Breaker” before overheating deals 50% additional damage, while being hit by the “CC-18 Typhoon” disables vehicle control entirely for 1 second. 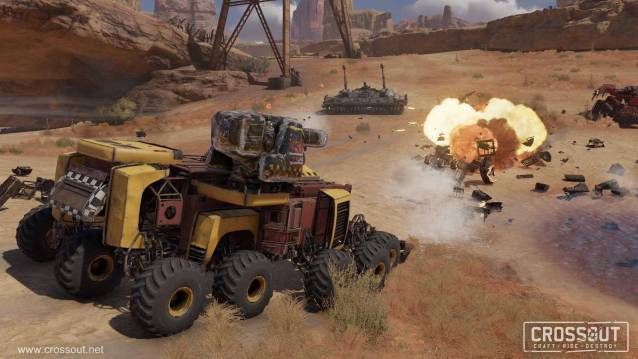 Read more about Update 0.10.30 “Horsemen of the Apocalypse” here Crossout 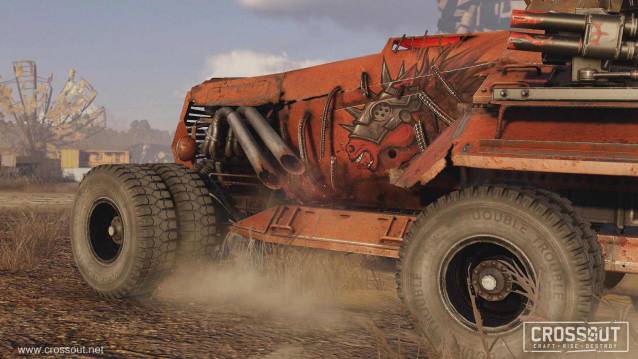