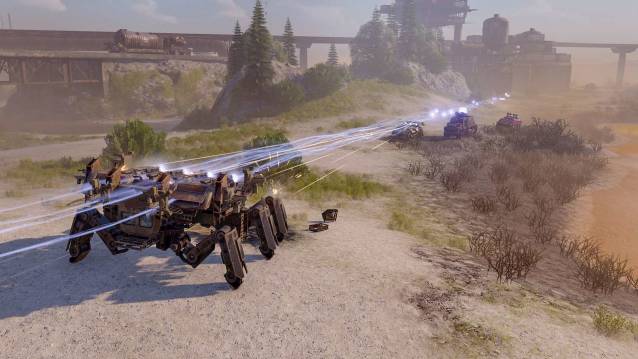 Clean island is a small piece of land that hosts a water purification science lab and production facility. Players fight for this object on a multilayered map that is full of decaying industrial buildings, rusty machinery and unreliable bridges. The water around the island is quite dangerous. It heats up the armoured vehicle and could damage its parts, while in some areas, the water temperature exceeds boiling point.

The special event “Survivors league” is a time-limited ranked mode that will be available until December, 14th. Battles take place based on the “Capture” scenario in the “6 versus 6” format, and players are allowed to use custom-built armoured cars with power levels between 6000 and 8000 points. Good battle performance is rewarded with rank score, the best players are promoted to higher leagues – from Iron to Gold – and get unique items. 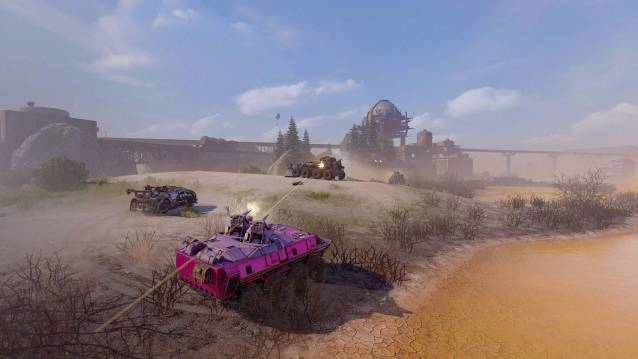 The in-game Exhibition, where Crossout players share their vehicle blueprints and vote for the best designs can now also host blueprints of custom-build test ranges.