Targem Games and Gaijin Entertainment announce the release of Content Update 0.12.30 “Snowstorm” in the post apocalyptic online action Crossout. Players will get the updated Christmas brawl “Present Heist”, festive decorations and prizes as well as a new “Bobsleigh” armoured vehicle.

“Present Heist” participants defend the truck from attacks by Gronch’s henchmen while it’s loading/unloading gifts, as well as provide escort while it’s moving between bases, complete extra tasks and fight bosses. Success in this mission is rewarded with Crackers that can be exchanged for vehicle parts, upgrades and other prizes. 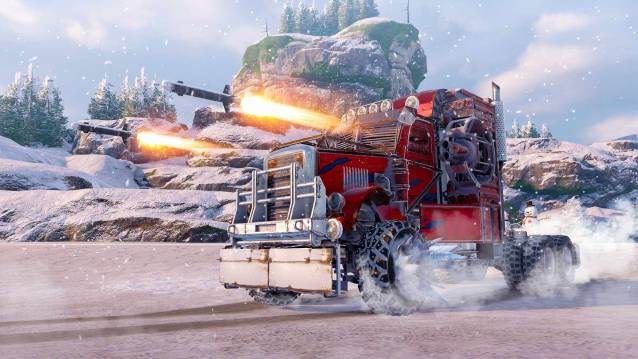 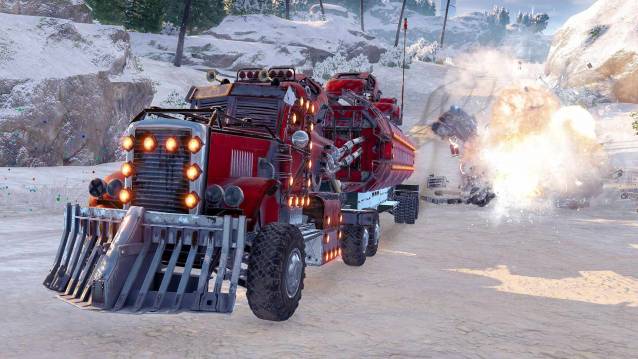 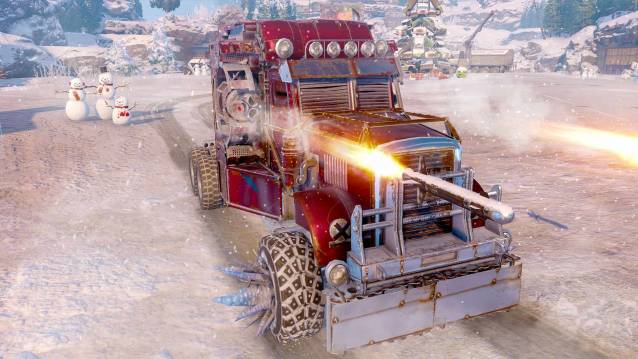 “Bobsleigh” is crazy Bob Frost’s armoured vehicle, the most dangerous guy in the Frost sect. After the fire in his home village, he really lost his mind. Fireworks and rockets became his main entertainment. Bob’s “toys” constantly explode at the most inappropriate moment or with the most inappropriate force. It’s only natural that the main caliber of “Bobsleigh” is the epic rocket launcher “Snowfall” that can launch 8 volleys of projectiles. This beast is available as a part of the Explosive Santa pack until January, 31st.

The full list of changes in the update is available at Crossout.