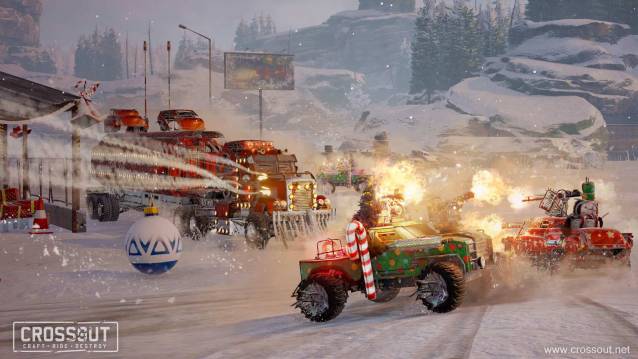 Targem Games and Gaijin Entertainment announce the release of the 0.10.100 “Snowstorm” Content Update for the post apocalyptic Crossout Online action game. The Christmas season will bring a whole truckload of gifts, a new PvP map; Naukograd, and the unique Icebreaker armoured vehicle. 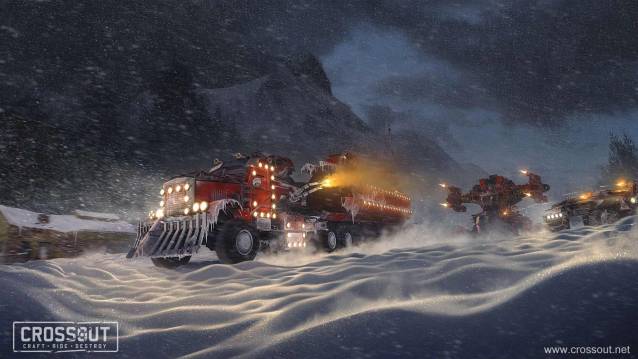 The Christmas brawl event will see players protecting the truck loaded with gifts from the hordes of evildoers that try to spoil the holidays. The best warriors will get special crackers that can be exchanged for a New Year's decor, stickers, fireworks, paint cans and other cool items for their armoured vehicles. This event will last until January 13th, 2020.

Once upon a time, the streets of science town (or naukograd) of Breaktown were full of life. Scientists came here from all over the world to study the potential of geothermal energy. One day the geysers beneath the town became active, the ground began to sag, the buildings toppled and society collapsed. Now derelict, the town has since become a popular battleground for Wasteland warriors and their armoured vehicles. 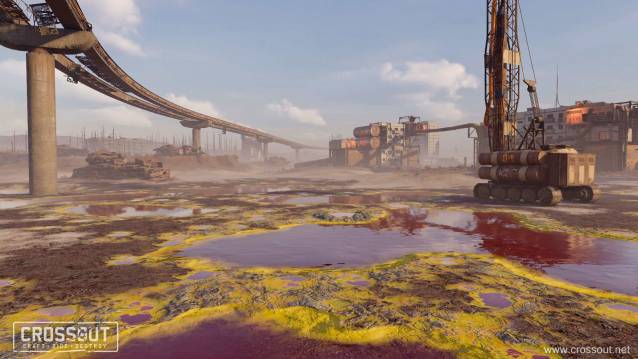 Jack Frost is one of the legends of the Wasteland. He is trying very hard to be kind to ordinary people and bestow them gifts: maybe it's a raider’s head, or perhaps a necklace made of teeth. But both children and adults ran away from him for some reason. So Jack gets into his favourite Icebreaker vehicle, catches up with the lucky ones and cheers them up with the epic rocket launcher “Locust”. This machine will be available at the Gaijin Store as a part of a premium pack “Frostburn” until January, 31th. 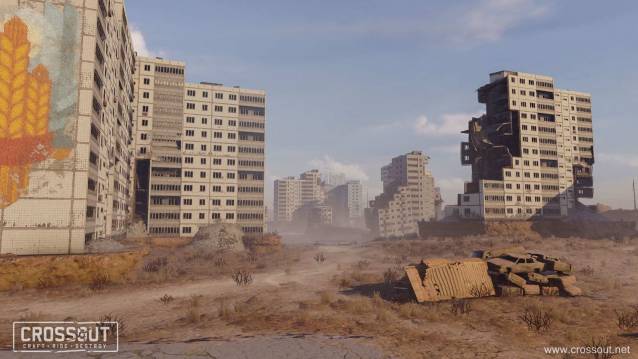