What would you change about… Neverwinter?

For our next What Would You Change About… we examine Neverwinter, the much anticipated MMORPG set in the popular Dungeons & Dragons campaign setting of the Forgotten Realms (Baldur’s Gate/Baldur’s Gate 2/Neverwinter Nights series). Overall the game has received a generally positive reception, many players familiar with the systems and features from Star Trek Online also developed by Cryptic. Whilst the game offers an interesting insight into the Forgotten Realms universe it does fall short in quite a few places… However, if you are interested, you can check our F2PMeter article about the game.

BOTS
The bots cripple the game economy: BOTs are a problem in most MMORPGs and online games, automated accounts that can farm the most valuable of currencies in order to sell it for real-world cash. Neverwinter seems to have them in droves, ever since beta this is been an ongoing issue for the community and seemingly no drastic measures have ever been taken, in particular the Astral Diamonds premium currency that is readily available for bots to take advantage of due to the very little security measures taken by the game or the Arc platform. We say something needs to be done, even rudimentary measures like putting a basic Captcha in place would be a start, but it seems to be one of those problems that isn’t going to be tackled any time soon.

Abandoned Shops/Redundant Currency
Old shops need some new inventory: Particularly the Ardent and Celestial coins shop need a massive makeover as anybody who has been playing the game for a little while will no doubt have already purchased everything available. The shops have seen little love since release and so those in game currencies that players have acquired are all but redundant unless players want to purchase the same item again… which they don’t. Someone needs to get on top of the shop, whether at a developer end or even the Publishers (so many games have multiple publishers that all handle their shops different). 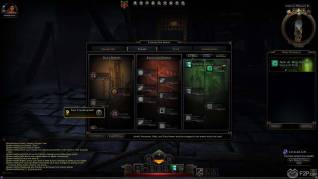 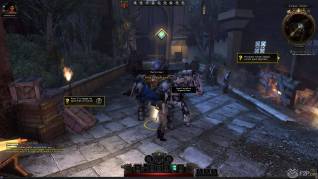 Same Content
Repeating the same quests is boring: A lot of the game content is very samey, once you’ve done a quest it is not too long until you’re doing something that feels exactly same but with different monsters falling very much in line with an outdated “collect 10 Wolf tails” style quest even at later levels. More so are the Daily Quests that get people to run the same quest, in the same area, every day, for the whole server, so that everyone is scrambling for the same clickable world item. The game needs to focus on addressing some of the content, even making Daily Quests random for each character, and add something a little new to the game.

Simple/Disappointing Content
There is no challenge in PVE: Similar to above where the content is samey, so too is it extremely simple and at times boring. The learning curve is shallow, the required tactics and coordination with groups is basic or non-existent and there is little in the way of challenge available to players even at endgame. Official word previously from Perfect World’s own Products Manager for Neverwinter basically admits that the game is dumbed down so as not to scare off players. Even the likes of the newly released Rise of Tiamat, particularly the end battle with the five headed dragon goddess herself, has been met with a more than lacklustre groan of disappointment at the bosses simplicity and grindability. Take a note from some of the other MMORPGs out there that don’t hold everyone’s hand, the whole point of endgame is to increase the challenge and to make the achievements worthwhile.

Game Performance
The game seems to struggle performance wise: Who knows why, when these AAA titles are released with modern day tech, time after time they struggle with game performance issues (see our previous SWTOR article). Neverwinter is no different, constant bouts of lag and latency, handled by throwing players randomly into different instances of the same areas (that makes meeting up pretty difficult) and even forcing limitations on the Foundry capabilities, the “build your own quests” system in Neverwinter (see below…). We’ve no idea where you didn’t begin to change something like this, but the understaffed team seem to constantly be concentrating on creating new content instead of fixing the old issues. 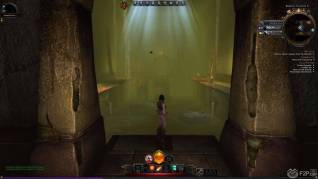 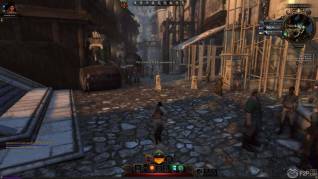 PvP Blandness
Player-versus-Player combat is getting real old: No new maps, no new game modes, or a 20v20 PVE-PvP event with Gauntlgrym that most people can’t get enough people together to fight in so end up sat in a queue for hours. The PvP community really gets no love with the game, which is a shame given that the PvE is pretty much a lame duck for the most part. Every way we look it seems that there’s no major area of the game that is being focused on and so it begs the question what is being done over at Cryptic to bring out new content? Other MMORPGs offer far more in the way of options other than a handful of maps and one primary Domination battle mode, Neverwinter PvP needs some love.

The Foundry
Buggy, broken and abused: The Foundry is a beautiful feature, players can pretty much hand build their own instanced based quests, creating mega dungeons, huge sprawling external adventure zones, fill them with talking NPCs, AI programmed monsters, and a lot of other things the clever builder community can come up with. The problem is that the Foundry has been hit and miss from day one; it is filled with bugs, has a ridiculously low group member limit (only 5 people can join a Foundry instance), an insanely low “Budget” when it comes to how many items can be placed in a map due to the game performance, and fails to deliver some of the big monsters that the normal game gives access to (add in all the broken bugs and ways people abuse the Foundry to just farm XP). The truth is that most of the other features in this list could be rectified by sorting out the Foundry. Let PLAYERS build PvP battle maps (hell some MMOs even focus on this kind of mechanic), allow for more players to join a group so players can create their own guild houses, add more content so that the bland game content can be mitigated by a community of really focused players who love the D&D IP and lore. The Foundry is a gem that no other MMORPG (other than Cryptics Star Trek Online) offers, it is its magnum opus and yet it is left to fall to ruin.

These are some of the things that we would change about Neverwinter, but what do you think? What would you change about this game? Would you add anything else to the list? We await your opinions! Let us know!!!!!


4 Comments - "What would you change about… Neverwinter?"