What Would You Change About… Blade & Soul?

What Would You Change About... Blade & Soul?

We're checking out NCSoft’s asian-fantasy MMORPG Blade & Soul as we target it for our next "What Would You Change About...?" article; a free to play MMO that hit western shores in January 2016 and whilst seeing some initial interest it does seem to have floundered a little since. In many ways we feel that, for a Western release, Blade & Soul is the game that could have been hugely successful if we'd just seen it a little earlier, as it is it feels like it is falling into obscurity among the wave after wave of asian-fantasy MMORPGs that are constantly release; and here's why... 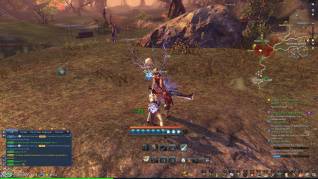 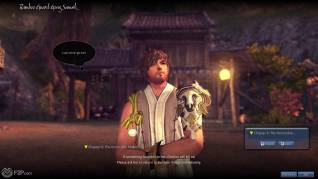 Outdated Graphics
When it comes to graphical quality Blade & Soul has to hang its head; whilst the graphics aren't terrible they are unfortunately behind some games that had already been released in the West, and are now waaaay behind some more recently released MMORPGs. In truth the game is a little older than most realise, released four years prior in Korea (2012) and at that time the graphics were decent enough, but by the time it hit the EU and US community (2016) it had already fallen way below the curve with what other games offer.

Tedious Questing
The questing is a bit of a chore with the classic "go kill X number of <enemy>" quests, it's an extremely dated system and hasn't been enjoyed by the Western market for years now (the Asian market does still seem to love their grind though) and so, as with the graphics, the experience was already outdated. Throw in that quests are linear, from the actual quest chain itself offering no deviation or options for players to decide how they wish to complete a quest, to the process of completing quests in order to unlock the next area and its subsequent quests. This kind of content provides no replayability and it also bottlenecks the player base to be taking on the same quests at the same time, which gives us a common issue of having to fight other players for mob kills/ quest item drops. We'd definitely change how PVE questing works, but that would be a redesign from the ground up.

PVE Combat
Whilst the combat mechanics themselves are extremely fun, fluid and action packed and still offer up some of the best MMO PVP, the AI is pretty poor and just doesn't seem to keep up with the same fast paced combat that players can put out. Requiring little challenge just makes each enemy a stomp, with no strategy it makes dungeons a bore and players rarely want to try and explore an area nor do they have to strategize on how to defeat an opponent; it's simply just go in and unload everything you have as quickly as possible. As you level up and take on more challenging dungeons, it feels little more than extra mobs and larger healthpools as opposed to any thoughtful new boss mechanics and tactical combat.

Bots and Gold Spammer
Whilst we're sure NC Soft have tried to take action, whatever they've done/ar doing just isn't enough as the game is overrun in certain areas with bots, from gold farmers in lower levels, to Arena BOTs levelling working towards PVP rewards; it's hard to get much done and frustrating when you have one around you. On the back of this is the constant chat spam from selling gold which makes global chat, and more regional chat, almost useless as it is clogged up with sellers.

No Community Focus
The game, from start to finish, pretty much feels like a single player game. Whilst some of the content might be a little more challenging and so require a group from time to time, there's nothing fundamentally that requires interaction with other players, nor really rewards it. Other MMORPGs have in-depth player economies, social mechanics, guild systems with meaningful features; Blade & Soul lacks any of that. The crafting system itself is a good indicator; the lack of effort needed to create items other than it being an absolute grind is just terrible, players don't really need to work together to create anything of high value and it's all just a time and money sink.

So that's what we'd change about Blade & Soul, let us know your thoughts on the game and anything you disagree with from our article in the comments below!