Bytro Labs and F2P.com with Call of War offer this Free Starer Pack to our users create a new account with our link and win 15.000 Gold and 1 Month Premium Account for FREE, value 15€ will end on November 27th at 23:59 pm.

Step 2. Head to Call of War in order to signup.

Call of War, also known as 1942: Call of War, is a free-to-play browser-based multiplayer strategy game developed by Bytro Labs where players can command forces and fight in battles of World War II. In Call of War it is the year 1942 and the world is full of conflict. The most powerful nations in the world are warring with each other and need a leader, which is where you come in, you can play on PC, iOS, Android, ... 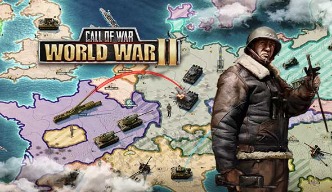 It is 1944: the Axis powers are on retreat and the Allies are preparing their final offensive. But the ending of the war is not decided yet... Will the Axis turn the tides of war in a decisive battle? Will Soviets and Allies clash inevitably, turning a looming Cold War into a hot one? In this 3vs3vs3 team scenario you can play as Axis, Soviets or Western Allies and change the course of history!

During the sign-up period the event maps can be found at the top of the games list. Join these event maps to participate. We wish you good luck and much fun!

Free 15 € Starter Pack!
Every new user that signs up for Call of War from f2p.com until November, 27th will recieve a starting gift including 15.000 Gold ingame currency and 1 month premium account to get a headstart in the game.