APB Reloaded, the Christmas Spirit is in San Paro

GamersFirst just announced a big upcoming updare for its action MMO APB Reloaded, scheduled for tomorrow, December 12th, which will bring in the game server some good Christmas Spirit!

After the last year's bloody "Elf-Inflicted Wound", prepare yourself to find the elves again, but hold the trigger because this time they will be contacts! Players will also find several new weapon skins, titles and christmas-themed costumes that can be obtained by completing the new missions. 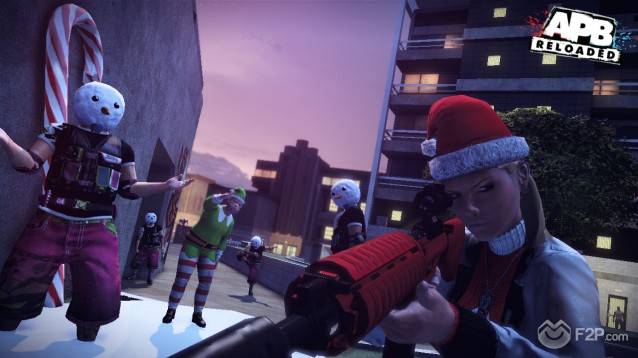 In addition, starting from December 13th, there will be a 12-days event that will reward players who buy items from the Armas Marketplace with a surprise Credit Counter Gift that will be different each day.