At least 4 teams will go for the title this year.

The summer is gone and the fall is upon us, mighty warriors!

Which means that Imperia Online's most elite tournament is about to take over our lives!

This year's World Cup promises to be a really interesting one, because of the ambitions some of the teams have already demonstrated to us.
How do we know that?

Let's look at some facts, shall we?

The traditional major player for the gold medals will once again be Romania. Yes, yes, you will say - but we don't see many Romanians standing out during the past year, right?
Well, you are both right and wrong.

Because the Romanian players have already established themselves as tournament players. You really don't see them much in the realms of Imperia during the year, but they mobilize exactly when the time for the World Cup comes and they storm the competition like a force of nature.

This is a very interesting trend, to which the rest of the teams are yet to get used to.

The Anniversary Summer Games gave us many things to consider for the World Cup, though.

If those Games can be the determinant for the upcoming clash of nations, we can distinguish at least 3 teams, which will challenge the title defenders this year - Croatia, Bulgaria and Russia.
How do we know that?

Because players from these countries had filled the ranks of the top 10 alliances in the Summer Games and if we assume that they are the general rehearsal for the World Cup, well... there you go. The pieces of the puzzles arrange themselves.

Plus, Croatia, Russia and Bulgaria definitely have some scores to settle.

Croatia desires to get back to the top after some years of absence from the light of the projectors.Russia desires to outperform itself and finally go for the gold medals in the World Cup.
Bulgaria is long overdue for its 4th title.

What greater motivation can these nations have then?

So... did we miss somebody?

Of course we did!

The silver and bronze medalists from the Anniversary World Cup Czech Republic and Mexico have yet to announce their intentions for defending their medals.

So, if we add them all to the equations, things are really starting to get interesting!

And we can safely assume that the 2021 World Cup will definitely offer us some thrilling moments!

Registrations for the tournament begin on September 24th, 2021! 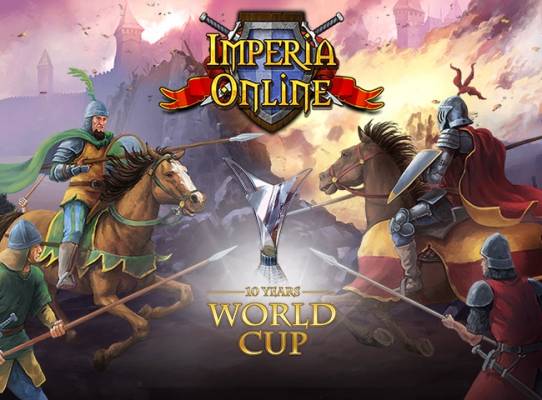 For all the news, updates, events, giveaways for Imperia Online you can read here on F2P.com