What Would You Change About… LOTRO?

Eight years ago (2007) Lord of the Rings Online launched (how old did that make you feel?), riding on the back of the movie trilogy when LOTR was catapulted into popular culture with the initial film “The Fellowship of the Ring” being released in 2001, 14 years ago (how old did THAT make you feel?). The MMORPG was a massive success and lived a long and healthy life for many years, a veritable playground for fantasy MMORPG lovers and roleplayers everywhere who were thrilled at the chance to live and adventure in Middle-Earth fighting the forces of the Dark Lord Sauron.

Over the years the game has gone on decline, converted to free-to-play, has lost a lot of players and now looks at merging servers to band together the small populations. At its core there is a great game, but a dwindling development team (Turbine) suffering the occasional bout of layoffs pretty much ensures that the chances of seeing the things we’re going to propose here being implemented being as big a fantasy as the saga for the One Ring itself. 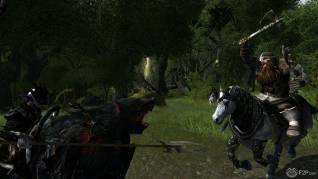 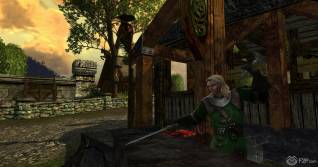 An Awful Business Model
What you get vs what you pay for is pretty poor. We understand everyone in the F2P market needs to make money, we’re in the business and we’ve seen our fair share of business models from game to game to know which ones will last. Turbine’s won’t last, and with the aforementioned dwindling team it feels like they are just trying to eke out as much money as they can before they finally pull the plug. The “free to play” element of the game is there, it’s limited, but it’s there. Our bigger issue is with the Expansions and Subscription model.. Players can sub to the game for a minimum of one month at a time for $14.99, which gives them a bunch of perks and free access to the “Quest Packs”, mini quest chains in new areas that are rolled out every so often; alternatively players can purchase these Quest Packs individually for store points (595 points for the cheapest Quest Pack, but they got a lot higher and it costs $8 for 600 points). All this is fine, though with over a dozen Quest Packs it makes sense for players to subscribe to the VIP account, no problem. The problem we have is that the VIP doesn’t include “Expansions”, and we’re not talking huge game defining expansions that we see with the likes of World of Warcraft, we’re talking an extra zone or two, an increased level cap from time to time, and some new instances… and these Expansions cost around $30, the price of a game in and of itself. Most other MMORPGs would bundle half of the “Expansion” stuff into their free patch content (even the game “Updates” incorporate a majority of pay for/VIP features), Turbine seem to try and nickle-n-dime the players at every chance they get and so it’s hardly a surprise that the game seems to be getting worse, people paying more, but having a team that can deliver less…

New Classes
It takes too long to see new classes. Updates and Expansions have come and gone, but with each one there is always one question on everyone’s lips “Will there be a new class?” This is hardly surprising given that after the initial release (7 classes) the next 2 classes were added in the Mines of Moria expansion (2008) and then players saw NOTHING until Nov 2014 with the new Beorning class… Six years… Albeit the Beorning are a double whammy of Class and Race where players can “skin-change” into a bear (only a bear, there’s no other animals to turn into), but still.. that’s a long time to wait and then have to pay for the privilege. So whilst the newest class has only been released in the last six months, the reality is that for one of the longest running MMORPGs still going to only just having added your tenth class is pretty poor going.

Boring PVP (PVPM)
There is no purpose to PVP other than PVP for PVPs sake. It’s probably pretty well known now for most LOTRO players about the behind the scenes candid “dish the dirt” forum posts from ex-LOTRO employee “Aylwen” that basically flagged up that PVP/the PVPM system was tacked onto development at the end and was originally going to be a PvP free MMORPG. With no real desire to have it in the first place PVPM has never been anything more than “lets fight because we can” and lacks any real motivation or purpose for players, and it shows. The PVPM system itself is a pretty cool idea, players taking on new personas as Free People or Monsters and battling against each other, but without some real commitment to making combat interesting then it is but another failing feature that will push more and more people away from the game.

PVE Balancing
Content is either way too easy or way too hard. For some reason it seems like the developers just can’t get the balancing right, if it’s not sub-level 100 content being too difficult for level 100 solo players then its content providing no challenge where people can level up simply by auto-attacking. The PVE only adds to the same kind of problem that the rest of the features have; the systems and mechanics are there, but they are basic systems just to say “We have them” without the added sentiment of “… and they’re fun/interesting/challenging/detailed”. With the PVPM being a chore and the game supposedly only ever plan on being PVE focused from the initial launch anyway, you would think that more time would be spent actually trying to make the PVE worthwhile… you would think. 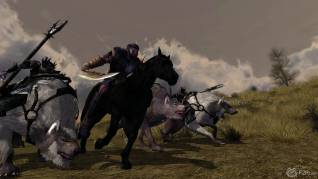 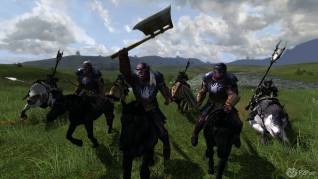 These are some of the things that we would change about Lord of the Rings Online, but what do you think? What would you change about this game? Would you add anything else to the list? We await your opinions! Let us know!!!!!