It's time for another episode of our “Imagining MMOs” article series and this time, after last time's Silent Hill MMO, we are going to design a fictional MMO game set in Nintendo's Mario Bros universe and aimed at fans and families and kids as well.

Unless you've been on holiday on Mars for the last 30 years, you probably already know the Mario Bros franchise, one of the most popular franchises ever, born in Japan in 1985 as a videogame and then spanned to, well, almost anything, becoming a real icon for several generations with Mario still being one of the most recognized fictional character nowadays.

Games set in the Mario Bros universe and involving its characters are constantly developed and published by Nintendo but, to date, there has never been a single MMO game among them. However don't worry, this is why we are here, we got this.

Let's start by saying that, regarding the genre, we can't really picture a hypothetical Mario Bros online game as an MMORPG as in our opinion it wouldn't really fit the style and atmosphere of the franchise, so we would go with social hubs where players can socialize and form groups to participate to do several party/mini-games, platform sections and more.

Keeping in mind that the game is meant to be enjoyed by adults and kids as well, even if we are not really fond of these types of games ourselves, we would have to implement some protective measures such as an optional parental control that can be activated by parents in the account to let that user only see emoticons and pre-set sentences, totally disabling chat and whispers; in addition to this, we would make sure to have a good reporting system. This way, grown up fans would be free to enjoy a full featured game while kids could play safely in a controlled environment. 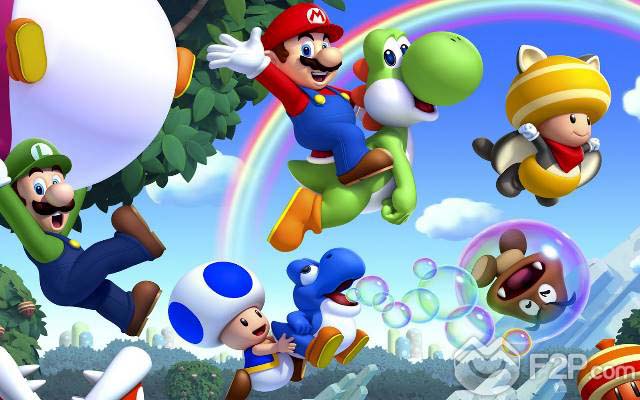 Regarding the players' characters, this time we were thinking of something different. Considering that there are so many interesting and loved characters in the franchise that players can use in the different games out there, we would go with pre-set collectable characters with different playstyles and skills, kind of like what you can already see in a MOBA. Maybe with our fictional endless resources we could also make it compatible with Nintendo's Amiibo, real figurines of your characters that store your game data related to that character so you can go and play with your friends at their houses bringing your characters with you.

Players would start with a small selection of free base characters like Luigi, Peach, Toad, Koopa, and will be able to unlock the others with regular currency obtained by gameplay or immediately with premium currency. Characters will have all the same look at the beginning but players will be able to unlock and buy several skins/outfits and accessories for each one of them.

As we mentioned earlier, a regular game would start in a 3D fully explorable social hub like a small village where players are able to chat, buy characters, skins and items from NPCs, form and join groups, create games and more. Taking inspiration from all the different Mario games already seen over the years, there is a huge number of possible game modes that we could offer, such as (just to give you some examples):

Adventure: full 3D, objective based random generated PvE levels where players would be able to collect coins, fight monsters alone or together (maybe there could be a level editor?).
Kart Race: Just like in Super Mario Kart, users can participate in races and tournaments on the most loved tracks of the series and customize their karts.
Golf: another popular and much loved game series, Mario Golf would make its appearance in our title with this game mode, where players could challenge each other or AI characters on several golf courses.

Classic Adventure: Same as the Adventure mode but with old-school 2D graphics and levels, for pixel addicted and nostalgic players. 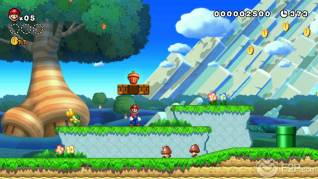 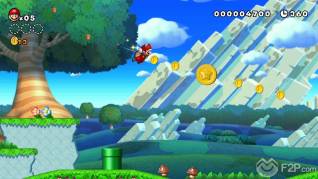 Party Games: Collection of quick and fast paced team vs team party-games with different styles and objectives, for short breaks, fun and immediate frantic action.
Arena Brawl: Smash Bros, anyone? Here players would be able to pick their characters and fight against up to three other users in beat'em up flavoured fights with power-ups, items and more.

By playing and performing well in the various game modes, players would earn XP and currency. Levelling up they can progressively unlock new purchasable characters, kart parts, accessories, skins, golf clubs and skills, all stuff that they will have to buy with currency.

Talking about style and graphics, we wouldn't really do much here as this franchise already has its own personal and unique style that we would never dare to touch as it's an icon itself, and we would limit ourselves to offering the best engine possible to provide the best visuals and be sure everything runs smoothly.

So, this is our ideal Mario Bros MMO, a game designed for both families with kids and fans of the Mario franchise. The more competitive players would be able to have fun with kart, golf or fighting tournaments while kids will be able to enjoy some immediate and simple fun with their dad in party games and the adventure modes. What do you think about it? Would you do something different if you could create a Mario Bros MMO? Let us know your ideas and thoughts with a comment!