Today we are ready to give you another episode of our “Imagining MMOs” series, where we try to design an hypothetical MMO game based on the most loved and appreciated franchises. After our Game of Thrones MMO (you should totally check it out) we are ready to play with another big name that will probably be more familiar to those among you with a few more years under the belt but which is going to make a comeback with a new movie coming out this year: Jurassic World. There are many kinds of MMO out there but you can count the ones with dinosaurs in them on one hand, and none of them is a AAA title, so it's time for us to have a little fun and imagine how a Jurassic Park MMO game would be. Follow us in this crazy ride.

Ok, let's start by saying that, regarding the structure, we would go with a nice blend of open-world MMORPG and third person shooter, something like many of you have already seen in Defiance, if you know what we mean. Players would start their adventure as members of a military corp sent to the now completely wild islands to join to their comrades who are already there to start to regain control and establish a safe HQ. They would start the adventure on Isla Nublar, the main island where the first movie is set, but all the “Five Deaths”- the other islands of the Muertes Archipelago - could be eventually unlocked and explored (maybe through expansions and DLCs?).

We would make players begin their adventure with a quick instanced tutorial that shows them the ropes, such as exploration, shooting mechanics, how to take advantage of cover, sounds detection, line of sight, stealth and how to drive a vehicle. After that we would give them open-world access to the first part of the island (just to keep things simple for now, with the second one unlockable through gameplay) and make it completely explorable, filled with secret areas, hidden items, randomly spawning treasure boxes and a lot of little details that make exploration rewarding and that we think would absolutely fit a game like this. 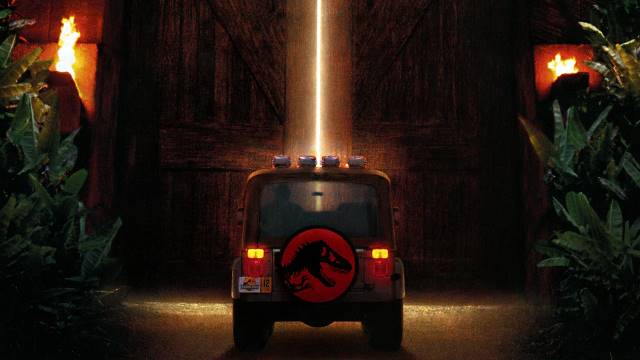 In the starting area and while exploring the world, players would be able to find quest hubs and/or NPCs that need help and will offer them quests that can be simple tasks such as finding a certain item or NPC or tough ones such as “Fend off that Velociraptors that are trying to get in the communication center” or “find and deliver a T-Rex egg”. Moreover there would be a more complex, story based main quest-line that would unveil the mysteries behind this mission and the island, and introduce important NPCs as well. These kinds of quests can be faced alone or in a group, with scaling difficulty based on how many players are in the group in that moment.

After a player speaks to the quest giver, all the other members of the group will see a pop up where they can choose to accept the quest or not. Those players willing to participate in the quest will then be teleported to an instanced version of the world where they won't be able to meet other players besides their group but where they can follow the quest and the related events that will be available only to them, with animated and voiced cut scenes etc, just like a classic single-player adventure. In this way players will be able to feel like they (and their friends if they want) are the main character in all the adventures and storylines awaiting for them in the game, playing each story without other players running and jumping around ruining the immersion. At the same time, they will be able to make new friends and meet other players while exploring the world and going from one NPC to another, so they will never feel alone.

Speaking about PvE content, besides main and secondary quests, there would be open-world, public events spawning here and there, something like what we've already seen in Guild Wars 2 and Final Fantasy XIV: A Realm Reborn, where random players in an area are able to cooperate to complete a temporary objective that could be: Stop that crazy T-Rex destroying everything, collect enough wood and stones to build a barricade before night to protect the camp, etc. These events could eventually affect the world and change it for a certain time depending if the players manage to complete the event or not. e.g. if they fail to protect the camp and triceratops manage to run through it destroying it, the NPC merchants and the service of that camp won't be available until the next day.

Regarding PvP, being a much appreciated feature in any kind of online game, of course we would add it as well; however, we would limit ourselves only to a few available game modes and just for fun, as we think that the setting is more suited to a PvE-centric game. Still, it's always fun to test your very own character against other players', so that said, let's see what kind of PvP mode we can think of:

Deathmatch and Team deathmatch: classics that you can't miss in a shooter. You are a kind of crazy guy fighting against dinosaurs in a remote island after all, so it's legitimate to think that sometimes a few of them can go nuts and just shoot at their comrades. Regarding the team deathmatch, one team could play as the good guys who you play during quests as well, while the other team could play as turncoats that try to unveil the secrets of the island to sell them to the best buyer.

Survival: This would be the most unique mode; a team of players would play as their very own character while the other team would play as dinosaurs, choosing a kind of dinosaur at every respawn, each one with its very own set of stats and skills, such as the quick and agile Velociraptor, the powerful but slow T-Rex, which can't enter a lot of areas due to its size and the tanky and tough triceratops; after each rounds the teams switch sides. 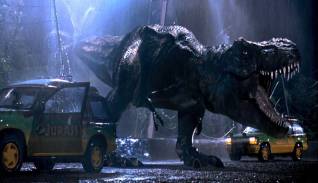 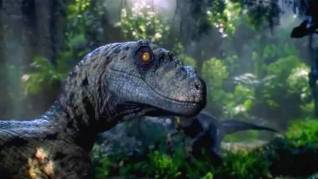 There could be also different modes based on the Survival “man vs dinosaur” mechanics, with different objectives such as escorting a vehicle through a dangerous area whilst dinosaurs try to stop the humans and so on, but as PvP is not our primary focus we are not going to cover every possibility.

Regarding the character progression, we would go with a level based progression and a fully explorable map of stats and skill nodes to unlock by leveling up through the game, a mix between the Path of Exile board and the Defiance progression system. Players would start all from the same point on a web of nodes and each level up can “make a step” and unlock a node that can be a stat boost, a new skill or a certain bonus. In this way they could build their class by themselves and would have fun exploring the various possibilities and gameplay thanks to a not very expensive respec system.

Gameplay wise, we would go with a classic MMOTPS system where you can use WASD + mouse to aim and shoot, space to jump, shift to sprint, ctrl to crouch and alt to get cover against walls, vehicles, rocks and other solid objects. Moreover, we would add a full featured stealth system based on sounds and line of sight, something like a nice blend of Metal Gear Solid and the Elder Scrolls games. Just think about it, you see a couple of raptors ahead, you have to keep going without being noticed, so you move slowly and crouched through the shadows avoiding any metal surfaces so you don't make a noise. You are alone, without a vehicle and there’s three of them, so you know that you would be probably screwed if they notice you. Epic.

Without any limit to our budget we would just go with cutting edge graphics and the best dinosaurs models/animations/sound effects ever seen, making sure to use the classic masterpiece that is the Jurassic Park OST (we bet that the majority of you guys can remember every single note of the beautiful main theme).

Well, this would be our ideal Jurassic Park MMO game, so what do you think about it? Do you like it? Would you do something different? Share your thoughts and opinion with a comment!