War Rock has received an update that introduces a clan-based matchmaking system, making easy for players to team up with their friends and face other teams. By simply creating a waiting room, choosing a map and a game mode, the game will take care of everything.

Additionally, players can access their personal record from the Clan home page and view their clan battle record, which shows different statistics such as win rate and the number of wins.

The Ranking system has also been updated. Teams will receive points as they win matches and will lose them when they lose. But the new matchmaking system also supports friendly matches with no impact on the ranking. 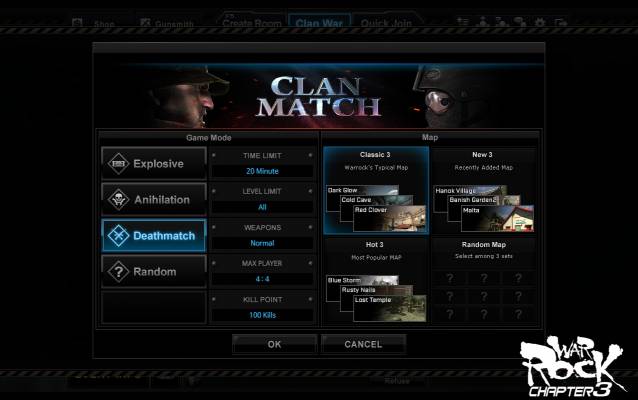