Giovanni Antonioli Fantini, Vae Victis CEO:
With this latest game update, in six months of pure madness development, we've crossed the Rubicon, Victory is going to be the best free to play online racing game out there. I dare all the online racers to try Victory and leave theirs feedbacks on our forums on victorythegame.com, it's free.

Antonio Moro, Vae Victis Creative Director:
For us this has been the most difficult and intense development cycle since we started to develop Victory. We took all the feedbacks, the suggestions and new ideas that we gathered during the first Beta stages of Victory, we placed them on a big white board and we started thinking on what to change or introduce in Victory, without any boundaries.

We designed a new interface. We studied new ways to optimise the game, we changed the basics of our economy, we introduced new experiences, new kind of events, new possibilities for the players, we scripted a game tutorial. We changed the game, for the better, and we started developing this new Service Pack for Victory.

The latest game update has brought a revolution: we wanted to create an open wheel fantasy racing world based on an original background story that players get engaged with, something never seen in a racing game. The racing culture as we know today get lost, took over by DriveNet, a controlled driving system, but an uprise emerged: driven by the passion for glory and speed, racers lead by the Racing Authority recycled auto parts to create a new generation of cars inspired from the legendary open-wheels cars. 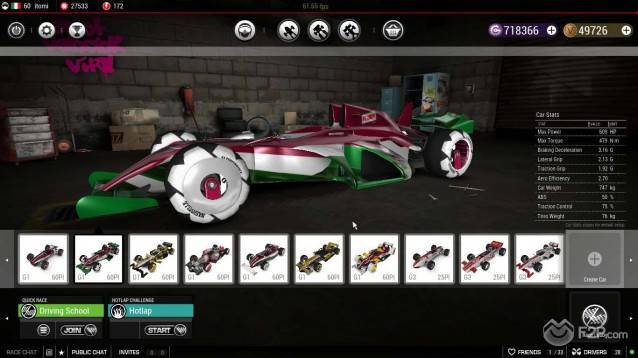 The first and most evident change in Beta 4 is the completely new main screen. Starting from the bottom:

• We still have the Social Bar (chats, players list, friends, status, etc)
• The brand new Activities Bar, that offers customised events, live events, access to the lobby and, in general, is the central place where to find where to race next. Don't waste your time around the game, stay on the main screen and our central server will offer you new races, events and championships to join, hassle free.
• The new Car List contains the list of your owned cars. You can create a new car from scratch or hover your mouse on one of your cars to see more and customise / develop it.
• Your Garage hosts your cars: just select a car from one of the car lists and see it in all its glory.
• The new Main Menu it's now super simple and offers you the way to change the options, exit the game, check your achievements, enter the items shop and more. 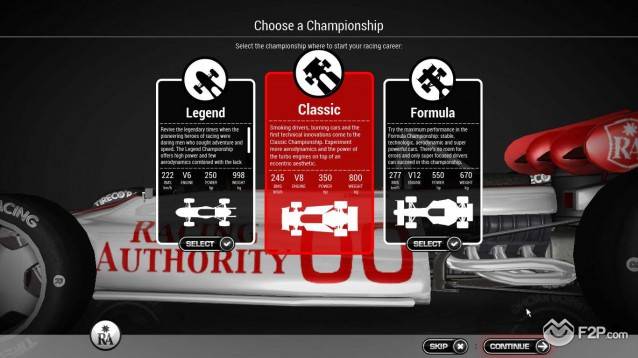 In Beta 4 we decided to unlink the car class access from the levelling system. You don't need to be level 21 to buy cars in the mid class and level 41 in the higher class anymore.

You can start your journey in Victory from whatever car class you prefer, buy a car in each class the first day if you want and race in every events/races consequently.

Each car in a class compete in what we now generically call “Championships”.

Legend Championship
Revive the legendary times when the pioneering heroes of racing were daring men who sought adventure and speed. The Legend Championship offers high power and few
aerodynamics combined with the lack of electronics: feel the real deal.

During the definition of Beta 4 we wanted to find a more intriguing way to push the players through the game, race in particular races, complete particular achievements, buy particular cars, etc. 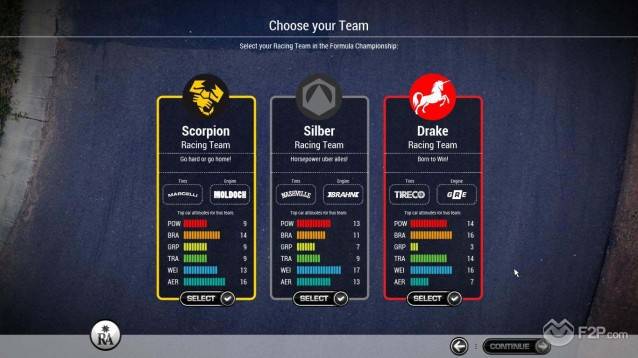 The career is divided in three main Performance Groups, like the game, and you have to unlock different goals (achievements) in every group to complete the career and get your exclusive Career reward.

Players that complete a Class Career become what we call "Official Drivers" and will be allowed to enter special events and championships with their brand new car. Each Official Racing Team has different attributes, different tires and engine suppliers, different esthetics. 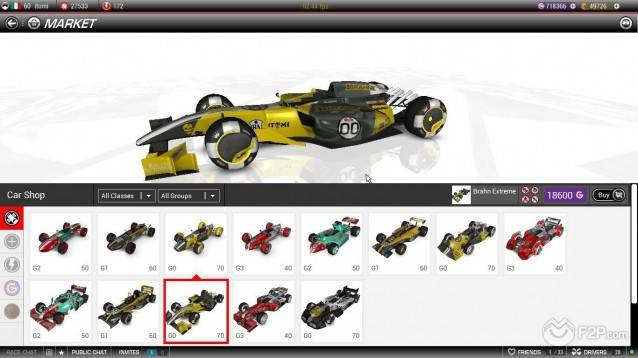