Nexon has just launched the new website for its browser-based, mobile compatible football manager, United Eleven, announcing that the game is going to begin the beta testing (and pre-season) on May 15th. The game will be serviced in English, German, French, Italian, Polish, Spanish, Portuguese, and Turkish. 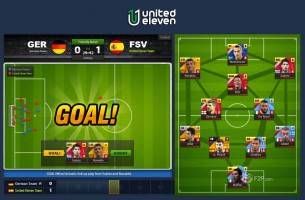 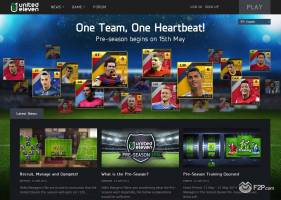 “We’re thrilled to be bringing all the promising football fans the management game that they’ve been waiting for,” says Kenny Chang, CEO of Nexon Europe. “With beta testing starting on 15th May, players can construct ultimate football teams with their own tactics taking into consideration every factor including how well matched players within a team are.”

The game combines real football  players registered with FIFPro and a license of Bundesliga clubs to offer you a complete football management experience by recruiting, training, and substituting real players. You will need to consider several stats, players matching based on team chemistry and a lot of other key factors when preparing your strategy.

It's really important to adapt and change tactics on the fly as well, by carefully watching the real time simulation that let you know who is doing what on the field.