Sitting down to check out The Mighty Quest For Epic Loot (TMQFEL), the new castle building, base raiding, quest for…well… epic loot. Players choose from one of currently four classes; Knight, Archer, Mage (which is exclusive to premium customers to start with, but will be available to everyone later) and the newly revealed Runaway. The aim of the game is two-fold; attack peoples castles to steal their loot and to build up your own castle to stop people stealing yours!

Levelling up your chosen character you will use them to attack other peoples’ castles, which they have laced with traps and monsters to stop you in your attempts. You’ll pick up loot drops from the mobs along the way, cash and gear, and if you get to the end of the castle then you will take 20% of the players’ wealth in both gold and “life force”. Your character level will determine which castles you can attack, so at a high level you can attack higher level castles and get more cash from other high level players who have bigger treasure troves, but the challenges are more difficult. Using gold you can buy more gear, armour, potions and aesthetic items. 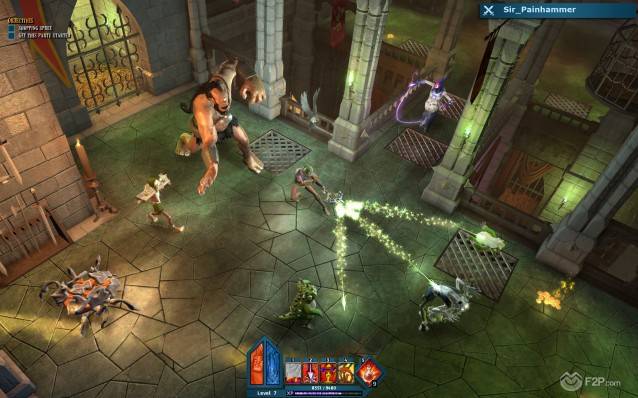 While you are attacking peoples castles, other players’ will be returning the favour and attacking yours, which means you need to make sure your castle is updated and well-defended if you want to keep your loot. By spending the “life force” resources you can purchase pre-fab room templates (of which there are A LOT) and place different traps and monsters in them to stop would be attackers; each room has a Defence Points value, so that players can’t just place 100 Cyclops’ in one room, each mob having its own points value also, so builders have to be tactical with their placements. Players even get to customize their mobs, to choose what types of attacks they can do, opening up the options for lots of different tactics, as you level up your castle your choice of monsters and traps also increases. 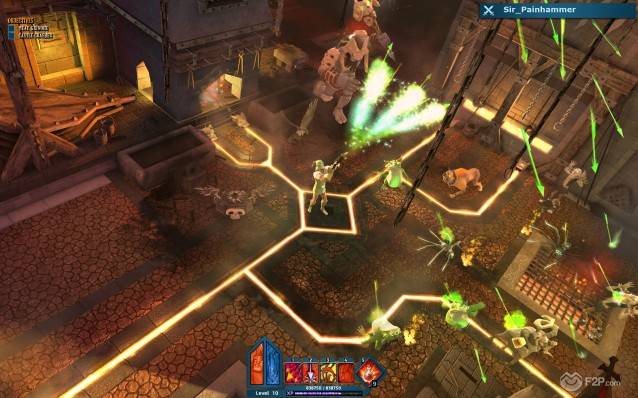 The game is still in closed beta for testing, ironing out bugs, and making sure there is enough customization for players castles to ensure they avoid people constantly using the same room builds. We asked about a potential co-op mode as the game is very much a solo game; right now there’s nothing in the works but it’s something they’re obviously going to consider for the future.