We had a sit down and a chance to play the new Panzer General Online, one of the newer releases from Ubisoft that is a continuation of the old Panzer General franchise. Information on the tile has been hard to come by for a while now, but we got to see the game in action and find out just what it was all about. 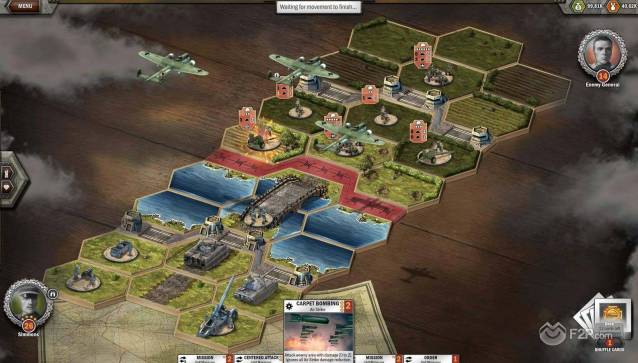 Essentially the game is a trading card game (TCG) but with added tactical gameplay on a three lane hex based map. Players are able to create their squads, made up of different unit cards, and go head to head against other players in a variety of different maps. Each player has their own general with hitpoints, as is typical for the TCG genre, and the aim of the game is to kill the general using the units from your created deck. 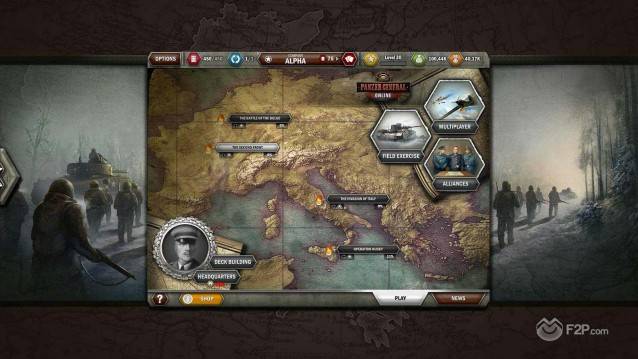 Your unit cards come in all shapes and sizes, from tanks, howitzers, infantry, jeeps, snipers and everything that fits in this WWII game, each unit has an attack value against both armour and infantry to show how much damage they will do. Also in your deck are action cards, operation cards let you make an attack, resupply cards return hit points to your general, and there are a whole host of tactical cards to let players come up with an untold amount of strategies. 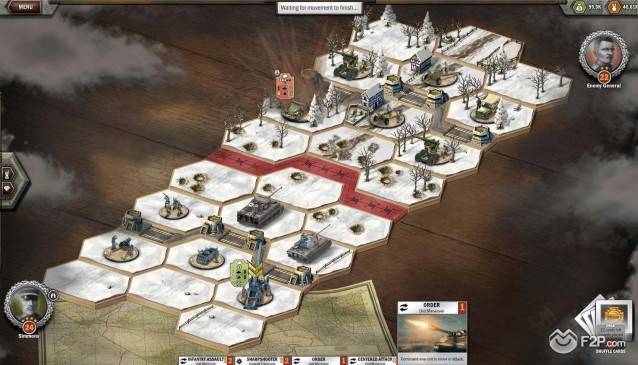 So what separates this from your typical TCG? Well the map itself offers terrain feature bonuses for a start, such as city/town areas giving bonuses to infantry. Players can’t attack a general until there is a clear line of site to the enemy base, which means destroying the blocking units in the way, the tactical element comes in where you can actually shift your units into different lanes (with the right action cards) creating a fun and fast paced game.