A medieval online strategy game, Tribal Wars 2 is InnoGames’ sequel to their hit browser empire builder: Tribal Wars. In the game players build up resources, troops and alliances and then battle amongst each other to expand their territory in exciting tactical PVP focused battles. Let’s weigh up the good with the bad and see just what we make of Tribal Wars 2...

Build an Empire, Not a City - One of the things we love the most is that the game is more than just your standard city builder, players get to expand their borders and build an entire empire with multiple cities to micro-manage

A Huge Map - The playable map is pretty huge, allowing for lots of players, but more importantly, plenty of space to build up your vast empire; with so many players it means that contested borders mean that every neighbour is a potential ally or enemy!

Co-Op Play - Players have the ability to co-op with each other, and even make alliances providing support and resources to each other; with co-op players can even allow their friends to manage their own cities if they're away. Effectively handing them the keys to the empire!

Player Investment - Whilst the early gameplay is very weak, once a player starts to expand then the game becomes considerably more fun and requires a lot more player investment and provides a full MMO title to become engrossed in

Actual Knock-Out - The game is a war strategy and part of that includes actively managing your cities, armies and making allies to protect you from enemy players who can and will try to destroy your cities, everything you've worked towards building, and knock you out of the game

An Unnecessary Sequel? - The problem with Tribal Wars 2 is that the original Tribal Wars is still actually pretty popular, in our opinion it would have served the community better to put the resources that went into making the sequel into just improving and updating the original

Major Time Investment - To play, and to be even semi-competitive, players need to dedicate themselves to the game and must constantly have access to it at their fingertips to defend the onslaught of attacks they will regularly face, which means it is practically impossible to get by as a casual player

Major Money Investment - Again, more so with players who want to play more competitive and achieve things in the game such as ranks, but as so many players can (and do) spend real cash for advantages then it's pretty much a necessity to do the same in order to keep up

Buggy - There's always been the odd bug here and there, and generally that is to be expected with any online title, however, mobile device players have a lot of problems with one error or another completely crashing the game and fixes take a little too long to be fixed 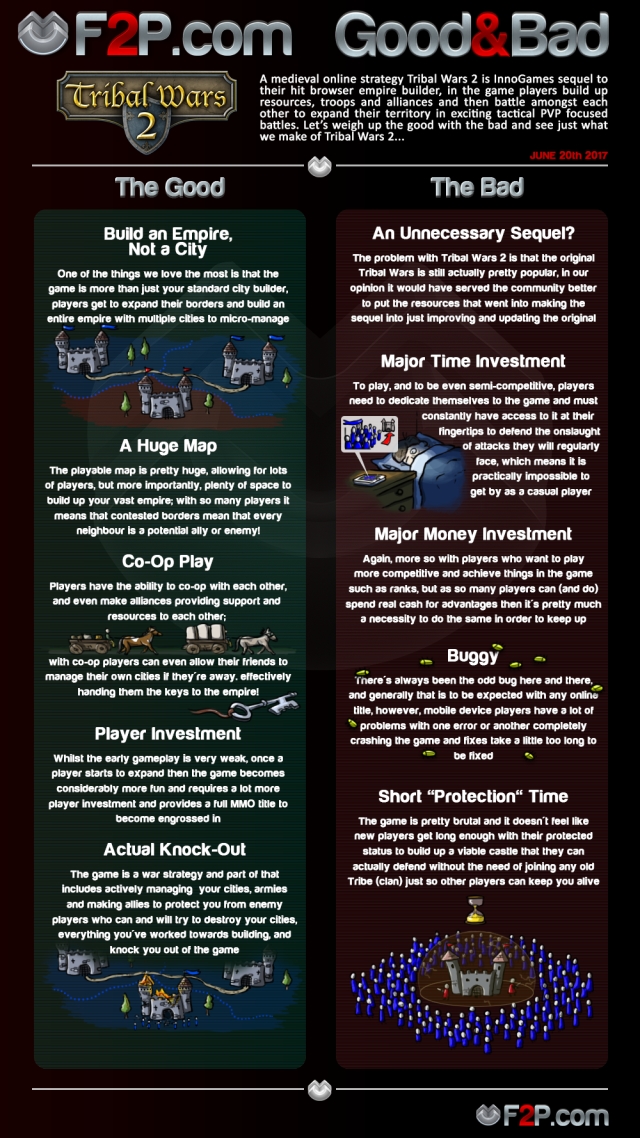