The Lord of the Rings Online launches update 9

Warner Bros just released the update 9 for its free-to-play MMORPG The Lord of the Rings Online. The game, that could see an increase in the players' number due to the recent film The Hobbit, gets some new and fresh contents with this update, such as the new instances pack Raider of Rohan, which include:

- Webs of the Scuttledells
Many years have passed since the hobbit Bilbo Baggins passed through Mirkwood and the forests' spiders first felt the bite of Sting. Recently, elven scouts have begun to go missing and Gandalf asks for brave adventurers to investigate these grim tidings. Take care as you tread into the forest for one can never be sure what lurks beneath the dark boughs.
- Seat of the Great Goblin
Descend beneath the Misty Mountains to the heart of Goblin-town where reports indicate that a new leader may be rising to power. In the years since the death of the Great Goblin, the goblins have been disorganized and consumed by infighting but a new leader would make them a threat once again. Seek out this leader and slay him before the goblins can strike at the Free Peoples!
- Iorbar's Peak
Answer a call for aid from the Great Eagles who have been robbed of a precious egg by the stone giants of the Misty Mountains. Time is of the essence, for the delicate egg must be recovered before it becomes the main course for a hungry giant. Gather your two strongest allies for the stone giants are as dangerous and unpredictable as the frigid mountains they dwell in. 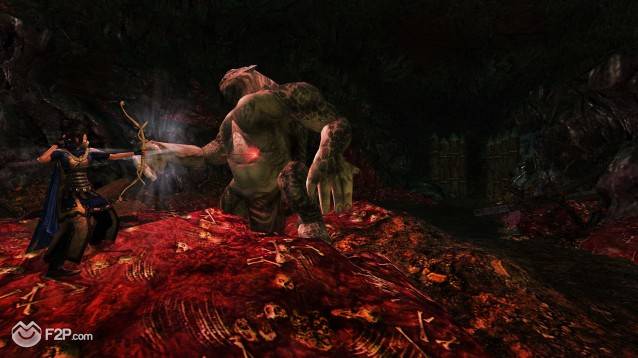 Dol Guldsur's instance cluster and Moria received a revamp too, the first with a scaled up level up to 85 and some new challenges, and the second with a visual overhaul and some restructured quests.

We'd change about Lord of the rings Online