SWTOR, new video and details for Rise of the Hutt Cartel

Bioware and Lucasarts just released a new first look video highlighting the new content of the upcoming "Rise of the Hutt Cartel" update for their free-to-play MMORPG Star Wars The Old Republic.

Rise of the Hutt Cartel expands the game with brand new story-based missions pitting both Republic and Imperial forces against the nefarious Hutt Cartel on the new planet of Makeb. 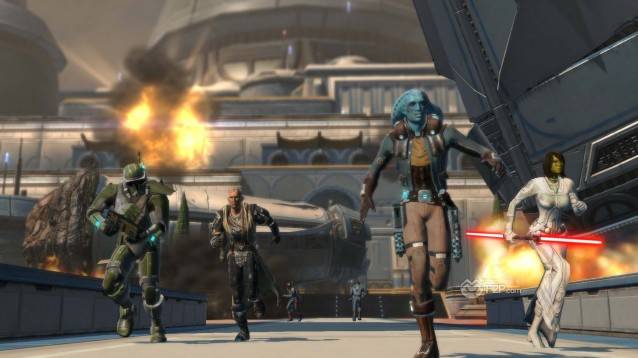 In addition, players can now pre-order Rise of the Hutt Cartel to receive in-game rewards including an exclusive title and two new in-game items once the Digital Expansion launches:

- The Dr. Oggurobb Hutt Holostatue: Train under the illustrious Hutt scientist Dr. Oggurobb with this portable training device that he created in his own image.
- "Scourge of the Hutts" Title: Republic and Imperial forces that adorn this title will be revered across the galaxy.
- The Makrin Seedling Mini-Pet: Get your very own Makrin Seedling to follow you around and creep out your enemies!  Possessing bark-like skin and grass-like nerve-rich tissues that blend in perfectly with Makeb’s environment, the Makrin Seedling has a distinguishing and eerie look.