Season X, the Next Expansion for MU Online

A new expansion for MU Online is coming next tuesday - April 7, 2015. Called Season X, this new expansion will bring to the game a new class, a new server, a new level cap (770), a new zone, new mounts, new maps, a new item shop and new currency. A new trailer has also been released, which you can watch below.

The new class, the Grow Lancer, is the third female class introduced. It's a melee class that uses a huge lance as main weapon. Depending on the stats, it can have strong physical or elemental damage. 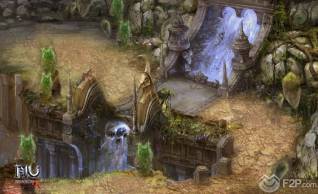 Season X will take players to the 5th region of the Acheron continent, Nars, where they will be able to obtain a new type of Muun mount and pentagrams. It will also introduce a new event map, "event map square", where players can find every NPC from existing event maps, making easier to register for most events maps and collect the new Mastery Box, which contains "Ruud", the new currency.

Players will be able to spend Ruud on items. Ruud is stored in the inventory but can not be used in general stores. It can only be used in the Ruud shop.