Riotzone has announced that the next week, will launch a new update that will include the possibility of hire the Scarlet mercenaries Amber, Iceman or the Judge with contracts obtained in booby-trapped containers, also you can buy weapon upgrades (from level 20 and up) in the store or obtain them in "The Dictator's Six".

In addition the update increases the possibility of finding good mercenaries at the bar and for each hour you spend on patrol, you might get stars. 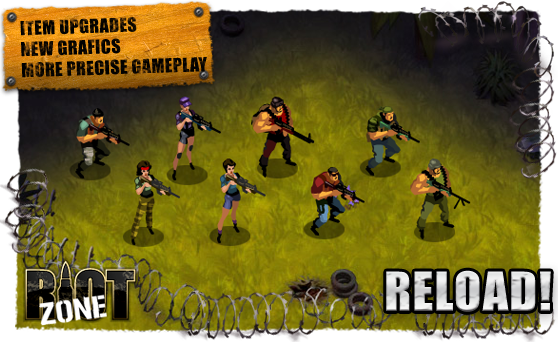