Planet of Heroes Adds a Tutorial and a New Hero

Planet of Heroes Adds a Tutorial and a New Hero

Free to play MOBA for mobile devices, Planet of Heroes, moves on to a new testing phase, introducing a new hero, a new tutorial and a pve campaign. The new tutorial covers the basics and shows players how to play different styles.

The new hero is Dozer, a giant humanoid rhino with amazing crowd-control abilities and and tons of health points to shield his teammates.

The new PvE campaign presents five story-driven missions that will rewards players as they fight enemies with different difficulty modes.

“We worked really hard to make Planet of Heroes the best mobile MOBA game out there and make it really comfortable to play it on your phone,” said Head of Fast Forward studios, Ivan Fedyanin. “We achieved it with seven minute long game sessions and really swift touchscreen controls. Now it’s time to give players more diversity in gameplay and that is what we aimed for in the update.” 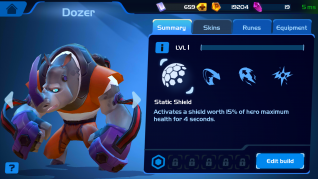 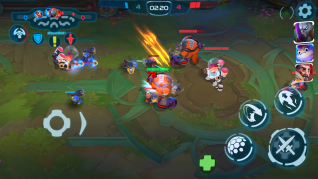