Coming to PC and consoles in 2016, Paladins is Hi-Rez's new free to play team-based shooter. At its core, the game is a shooter, but it will also feature strategy and in-match character progression through decks of collectible cards, which amplify characters' abilities.

“We’ve managed to keep Paladins under wraps for over a year now, so the dev team is really looking forward to receiving feedback from the hands-on demo at gamescom,” said Todd Harris, COO at Hi-Rez Studios. “We’ve focused on making something we find fun and competitive, and soon players will help us craft how Paladins grows from".

In Paladins players enters the battle with a primary weapon, their own set of abilities and a mount. Upon leveling up in-match, players will be able to activate and evolve their cards to enhance their characters.

The game will be playable at this year's Gamescom, so we'll let you know more about it very soon! 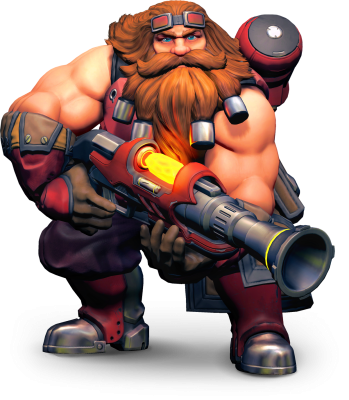