Content Update 2.1.0 brings two new key elements to the land of Wraeclast. First, Rigwald, The Wolven King. A new boss possessed by the greatest of Talismans that will provide those who can defeat him with great rewards. Second, circles of floating stones. Players can sacrifice sets of five different Talismans from a similar tier to summon a powerful possessed monster. By defeating this creature, players can claim the new, higher-tier Talisman.

It also brings the start of Standard and Hardcore versions of the new Talisman Challenge Leagues. These leagues represent a fresh server for both new and returning players.

In addition, as with any update, this one features new unique items, support gems and spells. And it will also increase the variety of skills available for bow users and dramatically increase options available to poison-based characters. 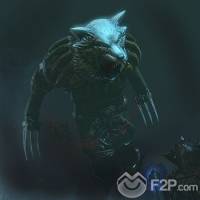 If you want to know more about Path of Exile check out our profile by clicking on the "info" button below.